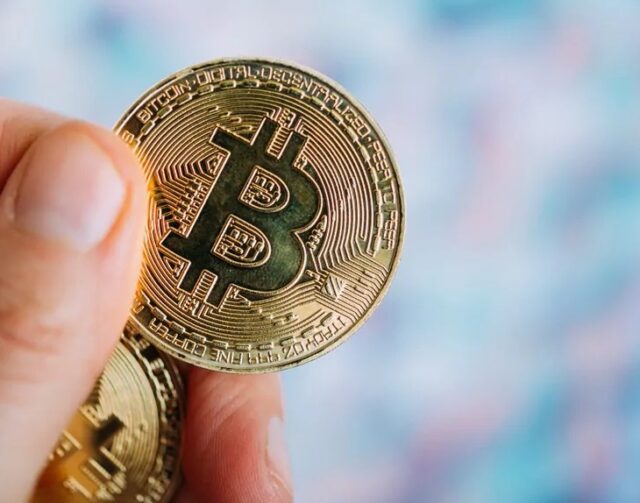 The oldest and most popular cryptocurrency is bitcoin. It is a brand-new experimental currency that is currently under construction. Numerous nations have taken action to permit its use, following financial tax rules and regulations. In most jurisdictions, anything with value, including bitcoins, is still subject to income, sales, payroll, and capital gains taxes. You ensure that you abide by any tax, legal, or regulatory requirements imposed by your government or local authorities. With Bitcoin, you may easily send money anywhere while maintaining control over your finances.

Risk is inherent in any investment, especially with bitcoin and other emerging cryptocurrencies. Wallets for cryptocurrencies are prone to theft. Because of their variable pricing, cryptocurrencies like bitcoin and others are frequently in the headlines. The quantity of frauds aimed at bitcoin investors increases as the value of bitcoin rises. In general, crypto exchanges and -wallets don’t offer enough protection and security to be utilized for money storage like a bank.

A Concern For Safety

The amount of viruses created to steal bitcoin from wallets, including cyber attacks against exchanges, has climbed along with the value of a bitcoin. Your bitcoin may be at risk from phishing attempts, fake websites, man-in-the-middle assaults, and malware, to name just a few.

Additionally, Bitcoin is public, decentralized, permissionless, and encrypted. Due to market volatility, it might not be a safe investment. You can experience higher fees, delayed confirmations, or even worse problems during this period of expansion. It is mandatory to take a few security precautions because Bitcoin allows users to transact on their terms. For instance, you must safeguard your digital wallet’s private key.

Additionally, you now have to safeguard the tangible asset that contains your bitcoin. Investing in bitcoin differs from typical investments in stocks, bonds, and funds in terms of risks and obligations. Users of bitcoin have complete control over their transactions; unlike conventional payment systems, businesses can’t impose unauthorized or undesired fees. Anyone can execute transactions using specialized hardware’s processing capacity and get paid in bitcoins for their work.

Since Bitcoin is based on secure technology that supports the unique system, it is generally safe. Alternatively, it is called a blockchain. The blockchain is an enhanced system based on encryption and safe fundamental ideas. Transactions become irreversible thanks to the encryption mechanism. The chain cannot be altered once a block has been added. You can, however, add details to it. Because of this, consumers are unable to undo completed transactions. The blockchain technology that Bitcoin is based on has grown in popularity compared to other financial solutions as cryptocurrencies have started to take center stage in various marketplaces.

Bitcoin has sparked a genuine transformation in both the world’s currencies and the gambling sector. However, a number of players are still reluctant to use this virtual currency, raising concerns about its level of safety. To prevent bitcoin theft, several factors are present. A cryptocurrency is created and transferred via cryptography. The protocols that underlie bitcoin have shown to be reliable, which means that the data security of Bitcoin is strong and gives you more room to explore various casino payment methods. Nothing to leak when you purchase or sell bitcoin because you don’t contribute personal data to the blockchain, such as passwords, credit card numbers, or physical addresses. Bitcoin transactions are linked to a hash code specific to you; as a result, they are not private. However, just because Bitcoin transactions are public doesn’t mean everyone can see the precise amount each user has bought or sold. All transactions in Bitcoin are transparent due to the distributed ledger technology.

Even anonymous transactions can be seen by everyone with Bitcoin’s ledger transparency, making publicity seem even riskier. Neither Bitcoin nor Ethereum is suitable for you if you want complete privacy when making transactions. No encryption is used because cryptocurrency uses the same mathematical methods as elliptic curve-based encryption. With all this data, Bitcoin seems much safer because it becomes very tough to trick or swindle the system. Cryptocurrency wallets are still one of the most significant ways to secure bitcoin despite the rising frequency of cyberattacks. Security considerations must be made for each of the many wallet solutions.

Never overlook that it is your job to adopt responsible behavior to safeguard your finances.

It is highly recommended that bitcoins be transferred into a cold wallet — an offline archive. Online theft is reduced with the use of cold wallet storage. Before making significant investments, be ready for issues and speak with a technical specialist, but remember that nobody can predict the economy and currency forecast of the future.

Is Bitcoin genuinely secure? As was previously said, numerous factors make Bitcoin (mainly) secure. As Bitcoin use increases, each advancement makes it more desirable while exposing fresh difficulties. The network has proven incredibly robust and effective at safeguarding important information for over a decade. Because there is no single point of failure, blockchain provides owners with a record of every transaction that cannot be altered.

Given the innovation and complexity of Bitcoin and other cryptocurrencies, it can be challenging to determine whether you’re safe. All transactional details are public with Bitcoin and Ethereum as part of how the network is maintained in public view. The open system aids in maintaining responsibility for the blockchain.

African Economy and Currency Forecasts for 2021 and Beyond

Top 10 Richest Families in the World, Sources of Wealth and Net Worth