Home People Kenya Amount of Money that Raila Odinga will get when he Retires from... 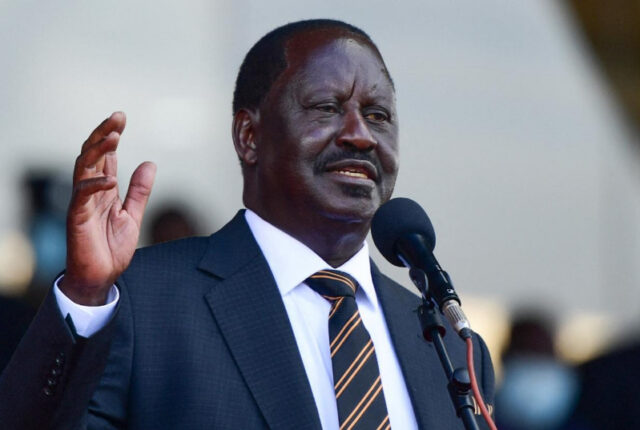 Raila Odinga was born in Maseno in the Nyanza region. His parents are Jaramogi Oginga Odinga, who was Kenya’s first vice president, and Mary Juma Odinga. He went to Kisumu Union Primary and joined Maranda High before he was transferred to Germany by his father.

The former prime minister has been on the political scene since the 1980s, earning him the name ‘baba’ as many of his supporters refer to him. He is the leader of the Orange Democratic Movement, and flag bearer of the Azimio la Umoja coalition.

According to the Standard, the government implemented the former premier’s heft retirement package back in 2019. Here, Raila is entitled to some things including a certain amount of money as a former Prime Minister.

The Retirement Benefits (Deputy President and Designated State Officers) Act, 2015, states that the former prime minister is entitled to eighty percent of his last pay. This amount is approximately Ksh 800,000.

Read: Top 10 Richest Families in Kenya and Their Net worth 2022

Hon. Raila Odinga is also provided with two saloon cars and one four-wheel drive. These vehicles are replaceable once every four years. Security agencies are involved in his travel plan when he is traveling whether locally or abroad.

Back in 2017, Raila went ahead and had a political handshake with Uhuru Kenyatta with an aim of cooling off the political tension in the country. He was then elected as the African Union’s High Representative for Infrastructure Development in Africa.

The post comes with a total salary of approximately Ksh 20 million a year, translating to about Ksh 1.6 million per month. In addition, Raila Odinga was also assigned official vehicles, medical cover, and a bodyguard whenever he is outside the country for official duties.

Raila Odinga is among the richest politicians in Kenya. His net worth is estimated to be around $500 million. He earns most of his wealth from his political career as well as the businesses he owns and takes part in.