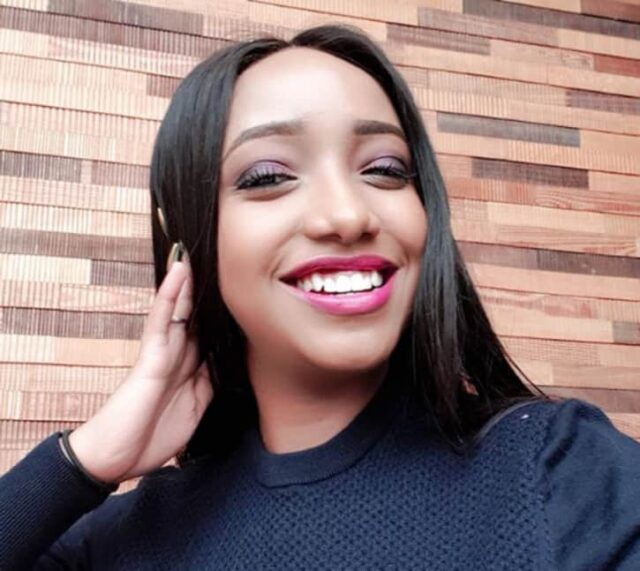 The beautiful and stunning Anita Nderu is a media personality, former television presenter and news anchor at Capital FM. She also works as an emcee from time to time and in this article, we take a look at her life in this biography. Known for her charming character, she is a character worth the study and discovery. Beyond that, she encourages the youth to be true to themselves, pursuant of own dreams and to work hard as nothing comes easy.

Anita Nderu was born in Eldoret in February 1990. She was born to a father of Kikuyu descent and a mother of Somali descent. She turned 30 this year (2020).

Her parents were always keen on academics and Anita was no exception. She attended her higher education learning at the United States International University and further in Viena College in Uganda. These helped her become a book smart individual working to make use of all that she learned while at school. The information learned also opened up new opportunities that would otherwise be unavailable to her.

Anita Nderu’s career kicked off in her role at Teen Republic Co-hosting with Anto-neosoul. This one opportunity opened up more doors including being able to work as a presenter on both radio and television.

She is also a brand ambassador / endorser which earns her an additional source of income.

Anita Nderu to the dismay of many lads is not single and has been in a committed relationship for about 10 years. She is dating a guy of Asian descent whom she describes as very loving and caring. She celebrates him on his birthdays with wonderful words on her social media platforms which leave some men in gross turmoil.

Anita Nderu is a jovial individual and quite the charming character such that she is often sought after to emcee events, celebrations and host shows.

Is Anita Nderu a lesbian?

She recently got into some drama with KOT (Kenyans on Twitter) following a Fresh Fri cooking oil advert which promoted a lot of gay vibes. She was criticized for the advert and in response said she respected their opinions but was not apologetic over the video that went viral on LGBTQ Pride Month. She also recently cleared the air about the pro LGBTQ allegations by admitting that she is for the society.

Anita Nderu Net worth And Assets

The net worth and assets Anita owns are yet to be revealed publicly and therefore do remain unknown to date. She however earns from her several streams and her vacations to beautiful and exotic destinations reveal partly of how much she might be willing to splurge on herself with her man or friends in s single seating.

She also makes money from her recently launched channel named The Overdressed Cook which does well as she has a good number of followers and fans looking out for her to give unflinching support. This comes particularly handy in the Covid times when several people have had their normal jobs greatly disrupted minimizing their income. YouTube offers a safe and alternative means to continue making an earning over these times. 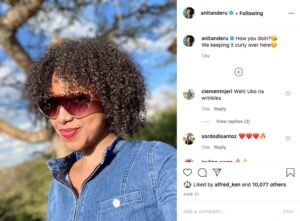