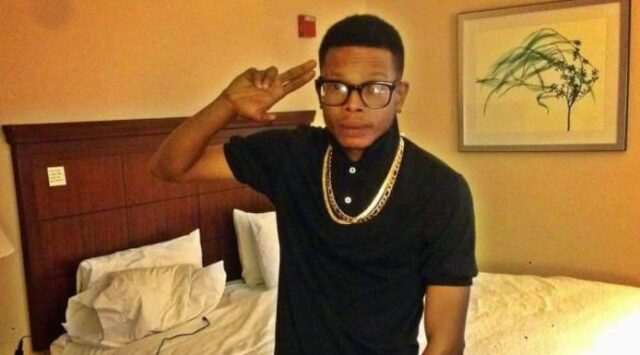 Christian Longomba of the Longombas duo is a US based Kenyan musician and songwriter who has recently succumbed to a brain tumor illness at Los Angeles, USA. The songwriter is from a musical family which has bred very many prominent musicians; from Lovy Longomba to the famous Awilo Longomba.

Christian Longomba was born in the Democratic Republic of Congo while his brothers; Richie, Lovy and sister Elly, were born in Kenya. This is because his father had embraced music as his career and therefore he used to move from one country to another.

On 13th March 2021, the world woke up to sad news about the demise of Christian Longomba. His exact age has not yet been established at the time of publishing this article.

Christian’s dad passed on in the year 1996 when Christian was just entering teenage years. This left their mother to step in and take the role as a bread winner in the family. She tried each and every means possible to make the family comfortable.

When Christian got into music, there was no imagination in his mind that he would make a career out of it. He had got into music because he used to go to Samawati Studios where his dad recorded some of his music and would watch him and other artistes perform.

Christian used learn music by watching his cousin Nasty Thomas, of the group Deux Vultures. This was his stepping stone as it inspired him to write a song known as “Dondosa”, which was later recorded at Samawati Studio. The song however did not please Christian; he decided to go back to the drawing board where he approached his brother, Lovy for a collaboration. That is when the Longombas group was born.

They had to redo ‘Dondosa’ many times until they felt that it was ready for a demo. The main challenge they had was lack of a producer.

At the same time Deux Vultres had recorded a song called “Mona Lisa”, which was doing extremely well.  They had to contact their cousin Nasty Thomas, and asked him to link them up with their producer. Their cousin connected them to the Ogopa DJs Studio in South C and despite challenges such as lack of funds, they managed to record their demo.

Christian and Lovy were then introduced to KBC, Capital FM and Nation FM. This could not bear fruits immediately because despite their song getting played several times on radio, they still did not know how to reach their listeners.

Their cousin Nasty Thomas’ song Mona Lisa had become a national hit and they were performing countrywide. Deux Vultures gave them a deal to curtain raise for their shows without pay and they bought the idea.

The day for their debut appearance as The Longombas finally came during an event called the “Tusker Pool Challenge.” It was here that they would meet Big Ted, who used to work closely with Deux Vultures.

From the event, they got more connections courtesy of Big Ted and later recorded more songs including “Vuta Pumz”, “Piga Makofi”, “usinihande”, “shika more”, “chukua” among more other hits which garnered several awards and recognition.

Lovy and Christian later moved to the United states so as to explore different ways of making music and more over to take their music beyond Kenya and Africa.

Christian was married to one wife Bella Yetnayet Ketema and they begot a daughter and a son namely Elly and Prince respectively.

Christian Longomba Cause of Death

On 13th March 2021, Christian succumbed to brain tumor which had been a long-term illness while undergoing through treatment in a hospital at Los Angeles, USA. As per the family, doctors said at the time, the singer still needed to go through six weeks of radiation to completely rid him of the tumor.

Christian’s family, at the time, had appealed for support towards meeting his medical bill, explaining that the specialized treatment came at a hefty cost.

“Christian has a huge medical bill of almost $20,000 (Ksh2 million). When Kenyans come together, they do wonders. Let us do it for Christian. Let the harambee spirit of pulling and pooling together rally us,” he said.

Christian Longomba Net Worth and Assets

Living abroad, his net worth and assets are not yet in the public domain. However, the provisional assessment estimates his net worth to be over Kshs. 50 Million as of 2021.