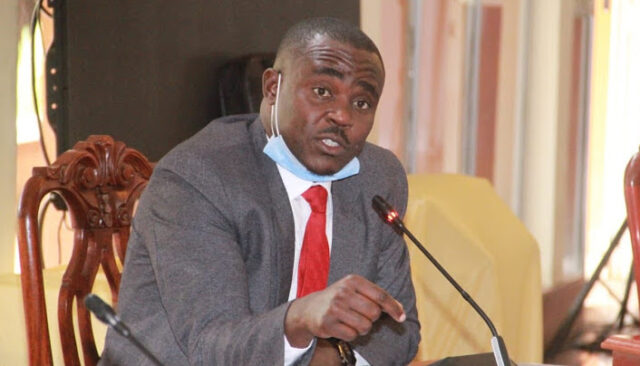 Cleophas Malala is a renowned politician from Kakamega county. In this article we will explore the life and political career since his debut in 2013.

Cleophas Wakhungu Malala is a passionate politician who hails from Kakamega country. He was born in 1985 and is 36 years old as of 2021.

The Friends Kamusinga School alumni started his political career back in 2013 when he vied to become an MCA. He won the elections to become the Mahiakalo ward in Kakamega for four years up until 2017 when he advanced for vie for the senator position still in Kakamega country. The ANC party member won the elections as majority of the population voted for him. He got into parliament as a senator in 2017.

In addition to becoming a senator, Cleophas Malala was also appointed to be the Deputy minority leader. However, he was ousted in March 2021 and replaced by Kilifi Senator Stewart Madzayo. The reasons for this ousting were not clearly stated but word has it that the position was recalled because of gross misconduct. It would be important to note that the party Senator Malala belongs to, Amani National Congress, is part of the National Super Alliance(NASA).

Senator Malala is married to one beautiful Carolyne Ayietsa with whom as of January he was  expecting a son with. The baby shower held in January revealed the gender of the baby who is already loved by the couple. Cleophas Malala got married to his wife back in August 2018 through a traditional wedding back in Lurambi constituency.

The charming senator paid the required dowry for his wife to be in the glamorous traditional ceremony. In attendance were renowned politicians like Wycliffe Oparanya and Honorable Edwin Sifuna who graced the occasion with the kind remarks and well wishes for the couple. These dons in attendance are not only friends but people who Senator Malaga identifies as his political fathers.

Senator Malala’s position as a leader has been marred by a number of scandals and issues owing to his allegiance and his conduct as a person. Back in 2020, Mr Malala who is a legislator was suspended momentarily from his party, ANC, on charges of gross misconduct. He had allegedly made remarks that did not reflect the party’s spirit and dither tarnished its name. Recently, the senator was a arrested for harassing an IEBC officer during elections in Munami primary school polling station.

He wants his counterparts like Marvin Kombo and Ababu Shogo were arraigned in a Kakamega court where the senator was charge with on three counts, felony, assault and injuring an IEBC officer. The senator was released on a Kshs 500,000 bond. However, the trajectory for his career will only go upwards as he eyes the Governor seat for Kakamega county.

Cleophas Malala Net worth and assets

Having a political career has contributed to much of Senator Cleophas’ wealth. His net worth is at an estimated Kshs 100 million.