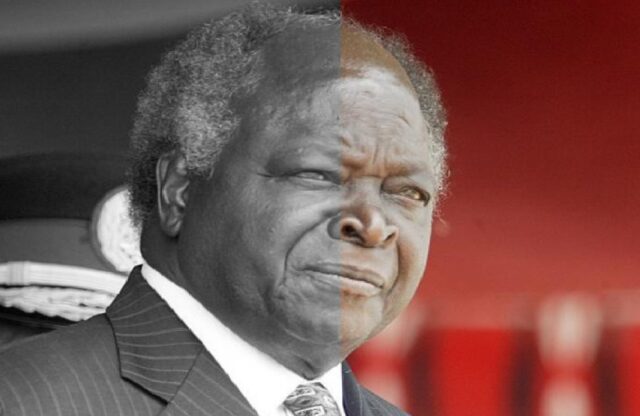 On April 22, 2022, many Kenyans expressed their sadness after Kenya’s third president Mwai Kibaki was announced dead. Many describe him as a people’s president who played a major role in improving the country’s economy.

However, some descried him as a disappointment to the country due to the difficulties Kenya experienced during his era as the president of the republic. Get to know the former president’s achievements and disappointments;

During his time as a president, Kenya experienced some good changes in the economy. These include;

In 2003, the Kenyan government implemented free primary school education in the country. Since then, education in public schools became free and compulsory, according to the Kenyan constitution, Article 53, 2010. After the implementation, the country recorded an increase in the number of students enrolled in schools.

The free primary education issue started back in 1974, when government failed to implement. However, in 1979, the government decided to retry, but again failed. Kibaki’s government later managed to implement it in 2003.

During his presidential era, Kibaki presided over many projects in the country. This includes the 50.4 kilometer Thika Super Highway which cost 31 billion Kenyan shillings. In addition, Kibaki saw that other roads were built, repaired and upgraded. These roads include the Kisumu- Kakamega-  Webuye – Kitale road, which cost 10 billion Kenyan Shillings.

Introduction of The New Constitution

In 2010, the government of Kenya introduced the new constitution, which was approved by 67% of the voters. The new constitution speaks on the rights of Kenyans and has served the people. It also introduced counties, which has enable Kenyans to have fair distribution of the country’s resources. In addition, the constitution enabled shifting of power to independent institutions, including the judiciary, Independent Electoral and Boundaries Commission.

Many Kenyans were able to access financial services during president Kibaki’s era as compared to when Mzee Moi was president. During the Late President Kibaki’s era, he championed for improved availability and access to funds. He also ensured that the bank lending rates were friendly to most Kenyan business people.

Kibaki’s Setbacks As the President of Republic of Kenya

While some people loved Kibaki’s time as the president of the republic, some described him as an indecisive president who failed the people of the Republic of Kenya. Some of Kibaki’s failures as a president include;

Failed to Protect Kenyans During the 2007-2008 Post Election Violence

This is probably the biggest failure Kibaki had as a president. Kenya witnessed the worst post-election violence as a result of the election being rigged. This led to the death of 1,300 Kenyans, while more than 500,000 were displaced.

The economy also experienced a major blow since many properties were burned and destroyed. Had it not been for international community intervening, who knows how much more the country would have lost.

Kibaki allowed many foreigners to invest and grab land in the country and therefore snatching Kenyans. He also owns thousands of acres of uncultivated land that could have served Kenyans.

Lack of Commitment to Fighting Corruption

Despite having campaigned on anti-corruption, Kibaki tolerated and allowed his corrupt cabinet ministers. This came to light when he transferred his corrupt minister who had been involved in the questionable procurement contracts in the ministry of defense.

Kenyans were promised the new constitution within the first a hundred days of Kibaki’s presidency. However, soon after his victory, this was forgotten. Three years later, Kenyans are presented with a draft constitution that was so altered, that they rejected in a referendum that took place in 2005.

After his electoral victory, Kibaki chose a number of central figures, of the Jomo Kenyatta regime (all of them Kikuyu), to be his presidential advisers. This led to the so- called Mount Kenya Mafia that dominated Kibaki’s presidency.

He had gotten rid of the Summit, which as an organ that had brought together the major ethic groups of the country. These included Mwai Kibaki(Kikuyu),Moody Awori and Wamalwa Kijana (Luhya), Raila Odinga (Luo),Kipruto Kirwa (Kalenjin), Charity Ngilu and Kalonzo Musyoka (kamba), and Najib Balala (Mijikenda). The summit had overseen the National Rainbow Coalition, which had assured his victory.