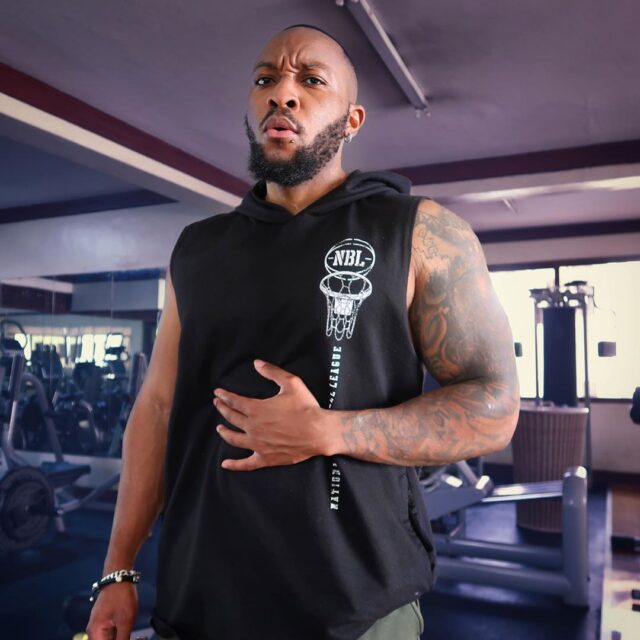 The human body is one that is reliant on a good and well-balanced diet. In addition, it is important to keep the body moving so as to stay fit and help a good diet help your body. While most people know this routine or drill, it is hard for them to keep up with working out or going to the gym, especially if you have a busy schedule.

The complexity in this commitment is why most people sign up for the gym and can get accountability patrons who are trainers. In this article, we will explore the life and work of one such trainer, Frankie Just gym it. He has recently been banter on social media due to his harsh takes on bodies and working out.

Frankie Just Gym It Age and place of birth

Frankie just gym it was born Francis Kiarie Mukui in January of 1990. He is currently 31 years old.

Frankie was not born a fitness instructor, it was a craft he learned over time. Like many other Kenyan children in primary and high school, the most that he did when it came to exercise was the physical education classes he had in school. In fact, Frankie had entirely different interests. He was good at his academics and his parents made sure to stay very supportive of all of that.

To the parents’ expectations, he excelled in his studies and his dedication to academics ensured he passed his exams. Later on, he was privileged to join a university where he surprisingly obtained a Bachelor’s degree in international business management. Frankie did not entirely practice anything in this line of knowledge. Instead, this is when he developed a liking for fitness and health and decided to share on his social media pages.

Years later, Frankie became the CEO of Just Gym It, a fitness company that focused on training its clients on how to stay fit. He has kept at it for a while until later when he lost most of his clientele due to a lot of bad publicity in the social media streets. That aside, he has a good Instagram following and a considerable number of people who still endorse his work.

His personal life is quite the spectacle for gossip in the showbiz streets. He is allegedly an irresponsible father to a son has with one Maureen Waititu, whom they fell out with. The coach is currently with former socialite, Corazon Kwamboka, with whom he allegedly is not on entirely good terms. Additionally, he made the headlines for his very insensitive and tacky methods of luring people into working out since he lost most of his clientele due to a bad reputation as a father.

Frankie Just Gym It Net Worth and Assets

His net worth is currently not public knowledge but he makes a good income from his work.