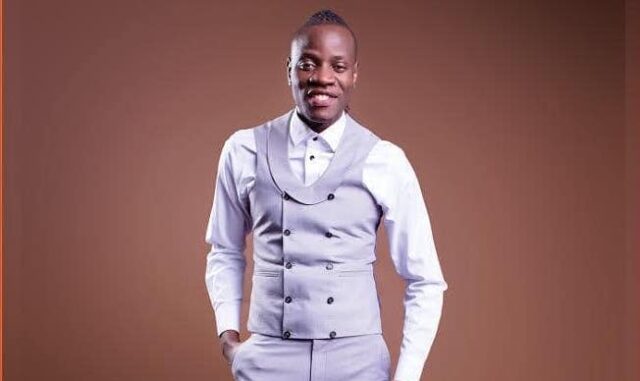 Guardian Angel is a gospel, dance hall reggae artist who began doing music at an early age while still in school. The ‘Nadeka’ artist is the subject of this article as we look at his biography.

Guardian was born in 1989 to a single mother. His actual name is Peter Omwaka Audiphaxad and uses Guardian Angel as his stage name. He grew up in extremely difficult conditions speaking of living in the streets and on one such occasion being taken up in a police car to Nairobi Central Police Station.

He wrote and released his first song while in high school and from then on went on climbing the ladder in the industry.
He has produced songs including ‘Uskonde’, ‘Glorious’, ‘Sifa’, ‘Angel’, ‘Pendo’, ‘No More’ and ‘Nadeka’. His style of music is a contemporary approach in his lyrics and choice of language.

He targets the youth in his music by using slang they can relate to and find entertaining as well as passing the information.
Given his broad fan base he has been able to work as a brand ambassador for Eagle Safaris earning him a boost to his income.
Apart from music, Peter Omwaka is also an environmentalist looking to conserve the environment through means such as tree planting and river clean ups.

Peter Omwaka is a Christian having sought God for himself as a young boy when he was behind bars. He uses his music to share the gospel and encourage his listeners.

He is currently dating Esther Musila who is also a gospel artist and entrepreneur. She is a mother of three children aged 29, 26 and 22. Guardian has been criticized by netizens about dating a 50 year old lady though the lovebirds say that age is just a number.

Guardian Angel Net worth and Assets

His net worth is yet to be established and information on the assets under his name remain unavailable.