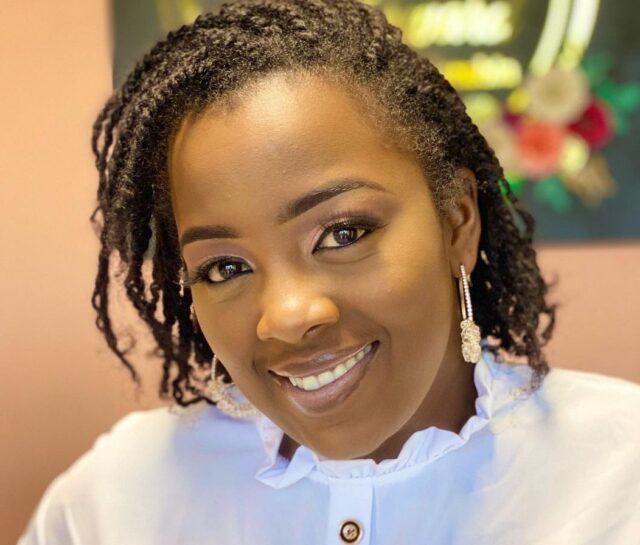 Jackie Matubia  (born Jacqueline Mwangi) is a digital content creator in Kenya, actress, entrepreneur and television personality. She is currently playing the “Nana” role on Zora, Citizen TV. This article looks into her biography with highlights on her personal life, and present engagements.

Jackie is an actress whose role in Tahidi High playing Jolene made her famous among Kenyans. She is currently working on a project that premiered on Citizen TV called Zora. She acts alongside fellow actress Sarah Hassan with whom she worked in the Tahidi High television series. Beyond acting, she is an entrepreneur and runs an online and physical business named Fabulously Forward, a health and beauty-based endeavor.

Fabulously Forward handles nail work such as acrylic sculpting, refill, gel application, manicures and pedicures. They also offer various accessories that cost between Ksh 500- Ksh 800 depending on the project. The business was launched two weeks ago in a flashy event at Qwetu USIU Mirema junction. The event was attended by several celebrities and social media influencers in Kenya such as terencecreative and kate_actress.

She used to work at SwitchTV hosting the ChatSpot show before exiting to begin her own show on Rembo TV called E-Zone with Jackie where she shares entertainment news involving celebrity news.

Jackie is married to her long-time hubby Kennedy Njogu also known as Nyongz, with whom they have a daughter named Zari Wanjiku. Her husband is a pilot by profession. Some years back, Matubia addressed the divorce rumours between her and Njogu on the Parents Magazine. The rumours came about because the love birds had deleted each others photos on their social media handles, after they had dated for 3 years. Their story was later found to hold no waters because they later celebrated their 3 years anniversary as a legally married couple. 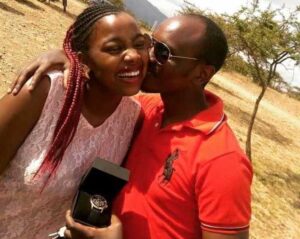 “We celebrated our third year of being legally married in May this year but I understand that with the decision to not post him, it raised questions,” Jackie said during an interview with Parents Magazine.

She further added that she decided to keep each other off social media because they realized that they were opening up their marriage to intrusion and negativity.

“It was something we decided on together. Back when we were dating, we were all over social media and lovey-dovey but after a while we realized that we were opening up our marriage to people which could after us negatively so we stopped. Not that it’s wrong for those who post, it’s just not for us. He understands that my job involves putting myself out there and I understand his job and his personality so it’s never an issue with us,” she explained.

It seems that the two parted ways because Jackie is currently seeing Blessing Lung’aho whom they they played part in the drama series titled Zora on Citizen TV together. Jackie is also expectant for a baby number two and the pregnancy is believed to be Blessing’s.

The Television personality runs a YouTube channel tagged Jackie Matubia where they create content together with Blessing.

Jackie Matubia Net Worth and Assets

Her net worth is thought to be about Kshs. 100 Million as of 2022 and information detailing her asset portfolio is yet to be made publicly available. She makes her decent earnings from her business, Fabulously Forward and her acting career. She also earns an income from online content creation which is a lucrative business.