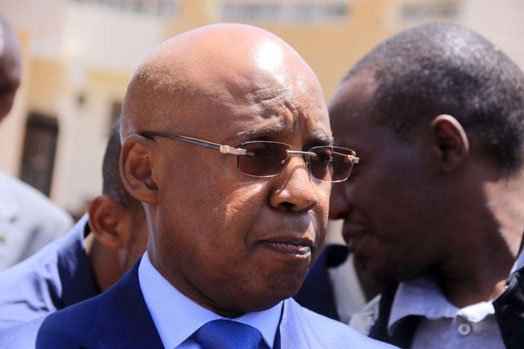 Jimi Wanjigi is a resilient entrepreneur, astute businessman, and one of Kenya’s 2022 presidential candidates. He is an enthusiastic and charismatic leader whose readiness for the upcoming general elections is getting fired up. This article looks into his biography highlighting his background, career journey, personal life, and more details.

Jimi was born to his parents, Mary and James Maina Wanjigi, in Nyeri. He was born in 1962 on 17th November. His parents sired four children and he is their second-born child.

Jimi attended Woodley Nursery School before he joined high school at St. Mary’s School. This was where his entrepreneurial streak began taking actual shape among his peers and in his life. After completion, he joined York University in Canada and later on Daystar University for his Master’s degree.

His career has not always been rosy and has consistently been on a never-ending and upward-rising trajectory. Some of the areas of work he has been involved in include being an agent, working in accounts, consultancy, and several businesses. Presently, Wanjigi is the Chief Executive Officer of Kwacha Group of Companies.

Beyond the business world, he also owns real estate managed by his wife who pursued Financial Studies at the University. Moreover, he is the founder of the Miana Wanjigi Foundation, a platform he uses to give back to society in his philanthropic activities.

The serial entrepreneur married Irene Nzisa in 1997 on 15th March. After tying the knot, the couple had their first-born child Maina Wanjigi who is presently in college pursuing a program in Economics. Their second-born child Wambui Wanjigi is finalizing her high school education in 2021.