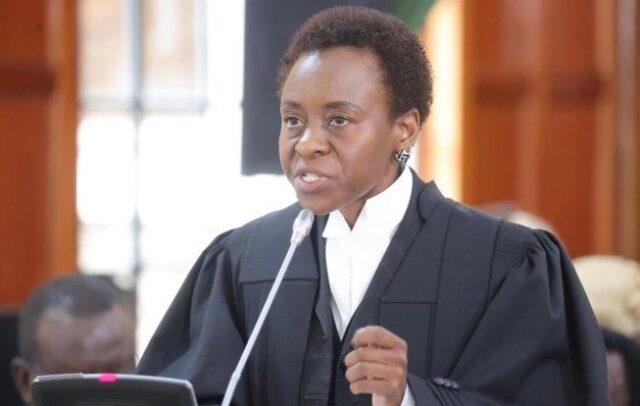 Julie Soweto Aullo is a professional lawyer and a human rights advocate. She is among the lawyers selected to represent Azimio la Umoja in court to defend the presidential petition which aims to nullify the August 2022 presidential results.

There is not much known about 45-year-old Julie Soweto’s early life. Her date and place of birth as well as primary school education details have not yet been disclosed to the public.

Julie Soweto went to Kenya High School where she sat her national examinations. She graduated from the University of Nairobi after which she joined the University of Pretoria. She holds a bachelor’s degree in Law and a Master’s in Law(LLM).

In the ongoing presidential petition, Julie Soweto is among the lawyers representing the Azimio La Umoja one Kenya Coalition at the Supreme court of Kenya. On Wednesday 31st August, Julie revealed that there were inconsistencies in the forms 34A, 34B, and 34C used by IEBC to tally results.

While making her submission at the Supreme Court, the lawyer stated that the affidavit filled via Arnold Oginga showed how effects from the form 34s have differences that total up to 180,000 votes, which could potentially make a difference in the results according to the lawyer.

She went on and questioned why some polling stations in the Mount Kenya and Rift valley Region had more votes cast in favor of the president as compared to other elective seats in the regions. 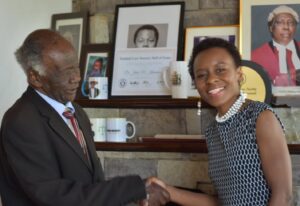 This resulted in reactions from Kenyans all over the country, with many giving their own opinions on the subject.

Julie Soweto’s net worth is not yet known. She earns most of her wealth through her career in the legal field.