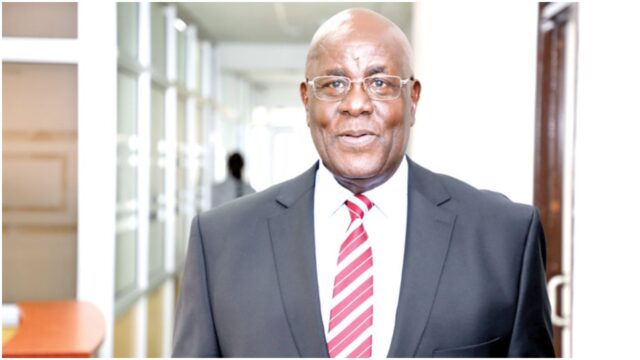 Justice Aggrey Muchelule, judge of the High Court, along with Chitembwe Said were arrested by officers from the office of the Directorate of Criminal Investigations (DCI) on allegations of being recipients of suspicious money. This article looks into the biography of Justice Muchelule highlighting his background, career journey, and ordeal with the DCI.

Details on Muchelule’s background are yet to be made public.

He is an alumnus of the Kenya School of Law where he attained his post-graduate diploma in Law.

The judge of the High Court was previously a member of the Judicial Commission Service and is presently based at the Milimani Law Courts.

The High Court judge was approached by detectives in his office on 22nd July 2021 and transferred him to the DCI headquarters for questioning regarding alleged bribery and corruption proceeds. Muchelule’s lawyer Omari Danstan revealed in a statement that there were plans to plant the money in his client’s office in a framing scenario. Justice Muchelule told the press that the detectives ran a search in his office without revealing what they were looking for. The DCI detectives found nothing in the office upon completing their search.

The High Court has since then barred the arrest of Justice Muchelule alongside Said Chitembwe. Chief Justice, Martha Koome, made a statement revealing that her office had not been informed of the arrests of the judges. The arrests have been condemned across the board with several bodies such as the Law Society of Kenya (LSK) terming it as intimidating of the judges. Justice Muchelule was among the six judges President Kenyatta failed to nominate last month raising more questions as to the nature and reason for their arrest.

The Chief Justice calmed the troubled judges in Kenya urging them that they were protected by the constitution.