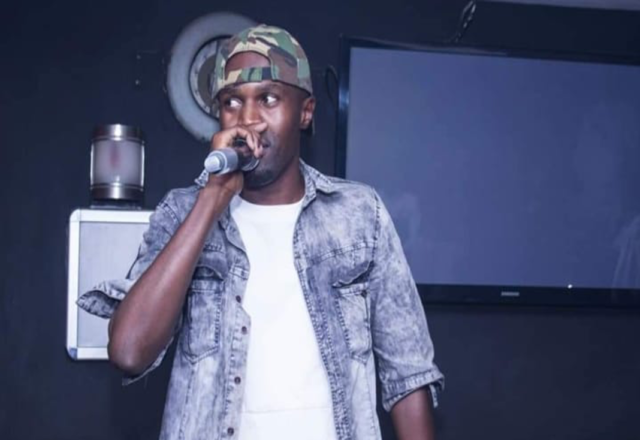 Khaleed Abdul Aziz is a Kenyan comedian (Kalasha International Award winner) who has stolen hearts of Kenyans from corners of the country, in every tour. He has used his fame in charity works across the country, most recent being “Kidney Ride”, a campaign that was participated by about 600, which involved bicycle riding from Wamba Samburu East to Maralal Samburu West, an endeavor that took two days aimed at fundraising hospital fee for Saruni, a Samburu youth who suffered a kidney failure and family approached Khaleed to lend a hand, to help raise fund to take their son to India for treatment.

Khaleed Aziz Abdul was born on 7 August 1988 in to an Islam family, father (Arabic descent) who was a teacher by profession and a Samburu mother.

At his early age, Khaleed attended Muslim Primary School, an institution founded by his father together with the Maralal Muslim community. He later joined Maralal High School where weekend entertainment program gave him a platform to build his talent. He could later join Nairobi Aviation college and Multi-Media University to gain knowledge in Fine Arts discipline.

Since Khaleed came from a comedy talented family, he joined hands with his other two brothers Jaffar and Ahmad (later debuted in Churchill Live and exited in less than a year), where both regularly performed in inter-school competitions. It was until 2015 when Khaleed made his debut at Churchill Live, performed “Kick Polio Out of Kenya” comedy, a show attended by about 10,000 fans.

He regularly appeared in Churchill Live for over one year. Khaleed made appearances in Lol! Sitcoms like Hapa Kule News, Classmates currently aired by KBC Channel 1 where he is popularly known as Farah. Khaleed is popularly known for his Somali style and accent, a well received style which he popularized.

Not so much is known about his private life, though the media has lately published an article connecting him to one of his colleagues (Classmates). In his several interviews with the media, he introduces himself as a father of one but doesn’t talk about his partner.

As a director of Maisha Bila Steam Youth Organization, Khaleed has been involved in campaigns against drug abuse and HIV and Aids awareness. He is remembered by organizing a bicycle ride titled “Kidney Ride” an event that brought every media focus to Wamba Samburu East, where participants ride on bicycles to Maralal for two days, aimed at raising fund to cover hospital fees for Saruni, a Samburu youth who was suffering a kidney failure.

He is currently campaigning to raise funds to construct a home for a woman Samburu resident, totally disabled by Polio that paralyzed both her legs.