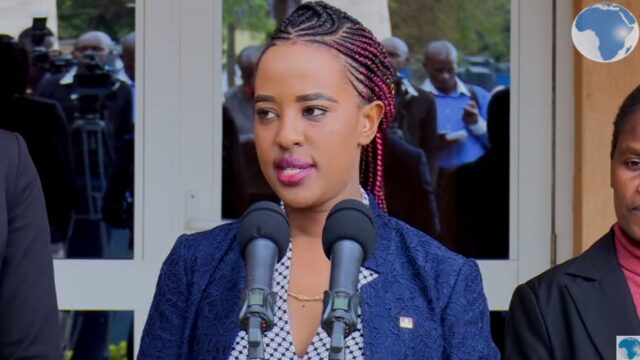 Lilian Nganga is former Machakos Governor Alfred Mutua’s second wife. She came to the limelight after the governor divorced from his first wife and got married to a younger woman, Ms. Nganga. This article looks into her background, career journey, educational background, personal life, and more details.

She was born in Kenya’s Central, Kiambu County and is currently 36 years old as of 2021. Details on her personal life entailing her family remain unavailable to the public.

She attended Loreto Girls in Kiambu where upon completion she joined the Regional Centre for Languages and Hospitality. The next step was her enrollment at the University of Nairobi. Nganga pursued a Bachelor of Arts in Tourism and Travel Services Management. Afterward, she pursued her graduate degree in Project Management.

Her career journey kicked off at Safari Park where she was front office and cashier and then joined Kenya Airways as a flight attendant. Moreover, Lillian is an entrepreneur who has founded several businesses. One is the Amelly Travel and Tours. She also managed Lush Beauty Parlor. Later on, she got her present role as Operations Director at A&L Hotel.

Apart from her endeavors, she founded a Foundation named after her which serves the needy in society. During her marriage to the Machakos governor, she used to be an advisor to the authority concerning some governance matters.

She got married to the Machakos governor and spent about five years together. Lilian Nganga and Alfred Mutua relationship began back in the year 2011. In the year 2013, Mutua was first elected as County Governor of Machakos and he announced officially that Machako’s First Lady was Lilian Nganga. The two were alleged to have one daughter while others dismissed the claims stating that the daughter belongs to Lilian’s sister.

This is the governor Alfred Mutua’s second marriage to end in divorce. The two went to social media on Sunday 15th August to announce their separation. 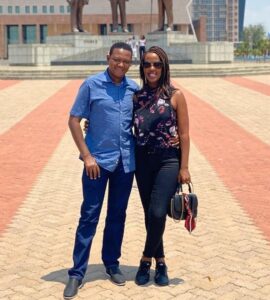 In their statements, the two said that they separated two months ago and have maintained a friendly relationship since then.

Hours after Lilian Ng’ang’a confirmed her separation from Governor Alfred Mutua, the former Machakos first lady Lilian Ng’ang’a seems to have already found a shoulder to cry on. 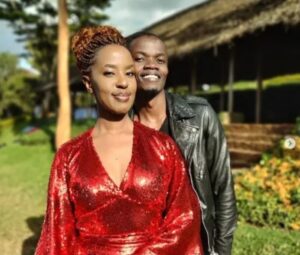 This comes after a photo of her and Juliani went viral on social media. The photo surfaced after Lilian had posted it on her Instagram page, leaving social media DCI’s with a story to tell. At the moment, the photo was pulled down due to uncontrollable trolls.