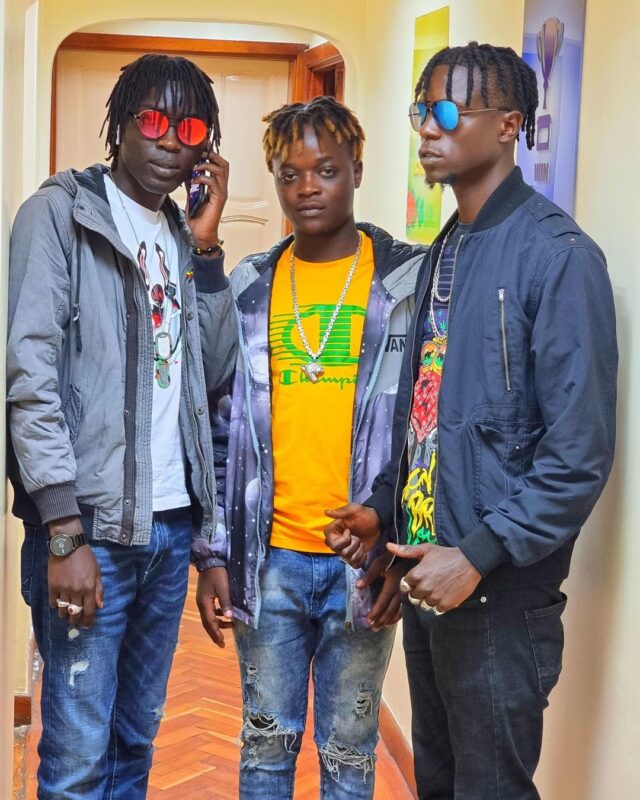 Mbogi Genje is a Kenyan group of Gengetone artists that have amassed a huge following for their music. The group released their latest song titled ‘Warena’ which featured Khaligraph Jones and caught the attention of thousands among them, Kenyan politicians. This article looks into Mbogi Genje’s story highlighting their backgrounds, career journey, and more details

The group is made up of three young men named Smady, Guzman, and Militan. The three work together in writing their music and releasing it for their fans. How well do you know your artists?

Smady Tings is a member of the group whose real name is Anthony Odhiambo. He is as of 2021 twenty-four years old and continues to work hard in their musical career. Smady describes their music genre as Sheng Master given that it is deeply rooted in the Sheng language from Umoja and Eastlands in Nairobi. Smady is an alumnus of St. Lucia, Peter Kibukosya, and Ofafa Jericho where he attended primary and secondary schools respectively.

Militan is another group member who contributes to making music for their huge following. His real name is Dave Malaak and from Umoja in Nairobi. The 24-year old artist is an alumnus of Embakasi and Matuu schools for his primary and secondary school education.

He performed well and joined the United States International University to pursue a program in Computer Science. Govana however dropped out due to financial constraints and seeks to bounce back.

Guzman’s real name is Ochieng’ Teddy and is one of the three Mbogi Genje’s members. He is also from Umoja and is now twenty-one years old. Guzman attended Tumaini and Uhuru schools for his primary and secondary school education.

The group continues to enjoy success in its musical career. They attribute this to their hard work and consistency at their craft. They have won awards and gotten nominations and recognitions over their career such as the Kisima award. Some of their songs include Ngumi Bwegze, Bloodwar, Kuja Mbaya, Kidunga, and Warena.

Warena is the song that caught the attention of James Orengo during the Skiza Tune celebrations terming it as greatly artistic. The group has worked with other Kenyan artists including Bahati and Papa Jones hoping to work with more international artists. The group is worth approximately $100,000.