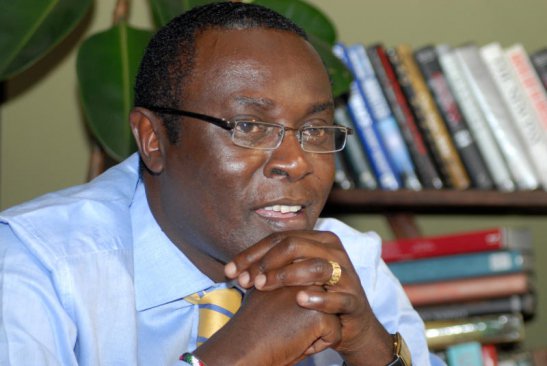 Mutahi Ngunyi is a proud Afro-centric man and Kenyan political analyst of Luo-Kikuyu descent. He is a vocal personality on Twitter where he shares his unfiltered personal opinions on several topics. Mutahi Ngunyi’s favorite happens to be politics, an area he is most popular for. He is the man behind the ‘tyranny of numbers’ theory – an analysis he gave predicting that the Jubulee Party would win the 2013 general elections because of their higher numbers, something that came to pass. This article looks into his biography, highlighting his personal life, background, and the political shoulder-rubbing he has had with Dennis Itumbi.

Mutahi was born in Eastlands to a Kikuyu mother and a Luo father, a fact he came to learn of later in life. He had previously gotten himself in trouble with investigators over hate speech allegations when he said that more than 80 percent of the Bondo residents lived below the poverty line. His parents separated in his formative years thus he could not experience life with his father’s people.

He has revealed that he had a tough time in his school years and luckily made it through high school finishing with a B-commensurate grade.

Ngunyi’s professional journey began with him working as a primary school teacher, without any formal training for that line of work. Mutahi Ngunyi went on to work in the United Kingdom and in Africa as a principal fellow at IPEX and TCH.

His career journey has seen him establish the Fort Hall School of Government, a TVET accredited learning institution. The institution is built upon his experience when he was younger. Mutahi Ngunyi sought to change society’s focus on jobs and shift it to work. The school retrains and tutors students to become work creators and not seek to find employment.

The institution runs a YouTube channel dubbed The 5th Estate where they produce Legal and Political content in an interesting and captivating manner.

Mutahi is married to Lang’at Judith with whom he has had four children. Their only son, unfortunately, passed away five years ago (2016). His three daughters took an interest in their father’s line of work and went into Law and Management.

On 14th July 2021 at 1:45 AM, his home in Runda burst into a massive fire whose cause remains unestablished. He reacted to Dennis Itumbi’s tweet expressing sympathies insinuating that the latter had insider information on the entire incident.