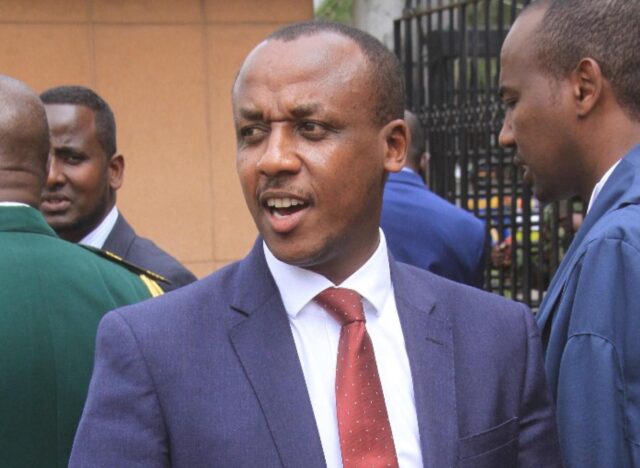 Mutula Kilonzo Junior is a Kenyan lawyer and certified public secretary. He is also a politician and the current Senator for Makueni county. He is a member and vice chair of the Wiper Democratic Movement.

For his secondary school education, Mutula Kilonzo Jnr went to Kathiani High School in Machakos county. He later went to Dr. Ambedkar College, Nagpur where he attained his Bachelor of Laws (LLB) degree.

Kilonzo Jnr kicked off his career in 1998 when he worked as an apprentice in his father’s firm Kilonzo and Company Advocates. In 2001, he became an associate at the firm. He currently serves as an advocate at the High Court of Kenya and is also an associate of the Chartered Institute of Arbitrators.

He is currently among the lawyers set to represent the Azimio party in court following the August 2022 presidential election results.

The lawyer’s political career kicked off in 2013 after the death of his father, Mutula Kilonzo who passed while serving in office. He was then selected to be the flag-bearer for the Wiper party after his sister Kethi Kilonzo was barred from contesting since she was not a registered voter.

The by-election results confirmed his victory and he took over office. He contested again in 2017 and emerged the winner as well.

Mutula Kilonzo Jnr’s net worth is not yet known. He is however a successful man who earns most of his wealth through his law and political careers.