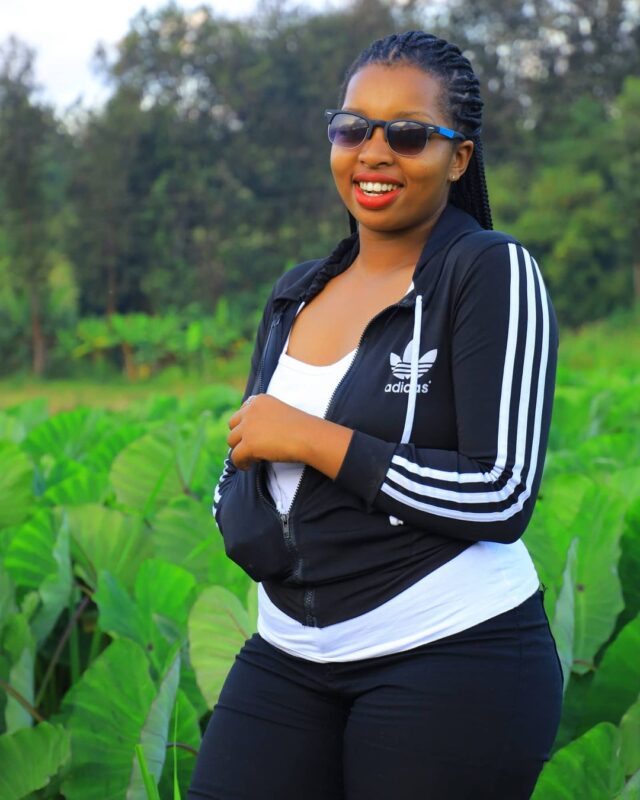 Naomi Kuria is a comedian and actress based in Kenya. She has been in the Kenyan media for close to two years now and so far has had her share of successes and challenges. This article looks into her biography highlighting her background, education, career, and personal life details.

Naomi was born to Raphael Kuria and Precious Nyambura in Kangema located in Muranga County. The bold actress has one sister and one brother whose intricate details are unavailable to the public.

Miss Kuria attended Tuthu Primary School which was not far from her home before she completed that stage and enrolled in Kiangunyi Girls Secondary School. It was in high school when her attraction towards comedy and acting came to the limelight through avenues such ass drama festivals. After high school, Naomi joined NIBS technical college to pursue Journalism and Mass Communication.

Her career journey has been faced with several ups and downs before she got to where she is today. Naomi began in humble roots doing menial jobs to get by before she decided to give Acting a serious chance and undivided attention. She began to build her YouTube page and social media presence seeking an audience. Naomi approached established content creators such as DJ Shiti and Auntie Jemimah to support her endeavor towards a solid career. The response was good as she got to collaborate with them gaining some additional traction on her platforms.

Today, Naomi has curved out her humor niche and creates content around it. Despite challenges such as being told she was not good enough, the actress grew thick skin and continued on. She now has paid collaborations looking for her, paid gigs on Auntie Jemimah and Sinema Za DJ Shiti.

Details on whether Naomi is currently seeing someone remain unavailable. There were rumors on her involvement with Omosh which they however described as a film scene and that nothing existed between them.