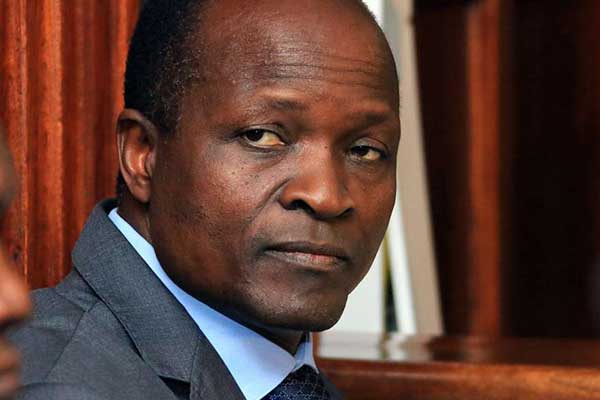 Okoth Obado is Migori County’s governor who is serving his second term in office. His murder trial has just been kicked off and the famiy of late Ms. Otieno Sharon hope for justice to be delivered. This article looks into Obado’s biography, highlighting his background, personal life, academic qualifications, and the controversies linked to him.

As of 2021, Obado is sixty-four years old. He hails from Migori County where he was born and brought up in.

Obado’s academic training began in a primary school in his home area and then proceeded to high school at St. Joseph’s Rapogi. He passed his Kenya Certificate of Secondary Education and got placement in Kenyatta University where he pursued an undergraduate program in Education. Obado also holds a graduate degree from the same institution in Strategic Management.

He began his professional journey as a teacher of the Sciences at Rapogi Secondary. He then took a drift in 2010 and worked as the Kenya Sugar Board chairperson. This season was important as he got to meet more people and begin to show his service, a ticket that would support his gubernatorial bid in 2013. Okoth Obado became the pioneer governor for Migori and took office again in 2017. During his races, he went with the People’s Democratic Party and Orange Democratic Movement tickets respectively.

His terms as governor have been ridden with mishaps ranging from corruption, embezzlement of public funds, misappropriation of county resources, and abuse of office. For instance, Okoth Obado was reported to have spent over Ksh 15 million in importing furniture for his private residence. He additionally orchestrated an irregular procurement of ambulances for the county costing millions of taxpayers money with nothing to show for it.

Obado is married to Mrs. Obado Hellen and together, the couple has two children named Evalyne and Jerry Okoth.

Many Kenyans know Obado for the wrong reasons. He is Kenya’s only governor thus far to be charged with a capital offense following the gruesome killing of Otieno Sharon and her unborn child. Ms. Otieno was Rongo University student and was believed to be pregnant with the governor’s child; a result of an affair the two allegedly had. Mr. Obado was believed to be the case’s prime suspect and was brought before court to answer the questioning. He was then released on a Ksh 5,000,000 bail and the murder trial began on 4th July, 2021.