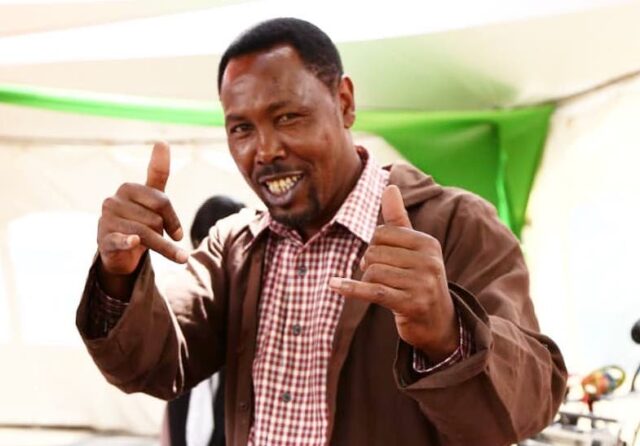 Omosh was a very popular actor on Citizen TV’s Tahidi High. He was brought into the public limelight after he called on Kenyans in tears to support him financially as he was unable to pay rent, did not have a job, and was going through a very tough patch of his life.

He received immense support broken down further below and later on made a second help plea. This was not received very kindly by most Kenyans including his past colleagues. Hereinafter we look into the story of Omosh, highlighting his personal life, career journey, personal life, and struggle with alcoholism.

He schooled in Heshima Road, then proceeded to Nyeri, Kenyatta High School Mahiga. He studied Accounts and is a CPA 1 and 2 holder from Maasai Technical Kajiado.

Omosh began off doing menial jobs to make ends meet and provide for himself and his dependents. He was previously a garbage truck driver and collector, and with support by his sister Naomi, signed up for Tahidi High auditions.

He then got a spot in 2006 with the show that aired on Citizen TV every Tuesday night after the 7:00 o’clock news. Joseph Kinuthia quickly became a favorite for many fans as he played the role of Omosh, a support staff member who knew about all the happenings within the school and among the staff. 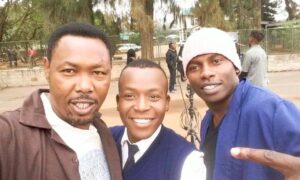 Kamau Naomi, a program producer, and actress who appeared in Mother-in-Law, Makutano Junction, and Shamba Shape Up, is Joseph’s elder sister. Deceased Nyambura Beth was also the actor’s sister.

He married his co-actress Mrs. Ngatia from the show as his first wife and took Mumbi Shanty as his second wife.

During an interview with Hiram ‘Kamuhunjia’ Maina on 12th February 2021, Joseph Kamau opened himself to the people revealing his life story and told of his struggles after Tahidi High came to a close in 2020. He said he was jobless and lacked support from his friends and family. Omosh plead again for help in June, something that rose a lot of controversy from Kenyans. 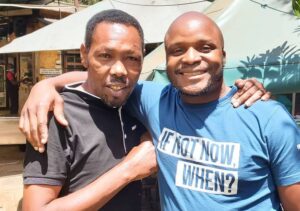 This was because he received support from Kenyans pledging money, built him a home, and sent him lots of money. Omosh later went on to apologize for asking for help again after a video of him drunk flooded the internet. They asked him to consider rehabilitation, a measure he aims to take up.