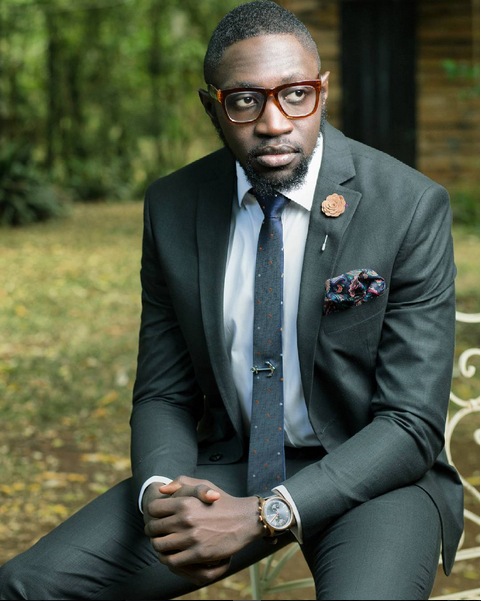 Polycarp Otieno is a member of the award-winning Kenyan boyband Sauti Sol. He is the band’s guitarist, producer, songwriter, composer, and singer. This article looks into his biography highlighting his background, education, career journey, personal life, and strides in music.

Polycarp Age and Place of Birth

He was born on 14th November 1987 in Kenya where he has been brought up.

The highly skilled guitarist and musician is an alumnus of Strathmore School where he completed his high school education before proceeding to the university. For his higher education, he joined the Jomo Kenyatta University of Agriculture and Technology studying Actuarial Science. Instead of pursuing further studies, he decided to fully focus on Music along with his newly found band members,

His musical career kicked off in 2005 when he met the other Sauti Sol members – Savara, Bien, and Chimano. They worked together and released the group’s debut album titled Mwanzo on 4th August 2009. Sauti Sol’s very first song was titled Mafunzo ya Dunia which laid the ground for more of their works in later years and was featured in their debut album. The album had fourteen songs that received a remarkable welcome in the Kenyan music industry. Polycarp along with the other band names had the band signed to Penya Records releasing their early music.

Fancy Fingers, as Polycarp is known among his fans, has launched his solo career in 2021 along with the other band members. Sauti Sol remains intact despite the members exploring solo paths. Fancy Fingers released an intimate album titled Father Studies that explored various fatherhood topics in today’s generation. Some of the songs on the album include How I Met Your Mother, Rhumba Toto, Fancy Feeling, and Lala Land.

He is married to a Burundian wife Lady Mandy after the two were wedded in a traditional wedding in Bujumbura. The couple is blessed with a son who was a key character in Polycarp’s latest album Father Studies.