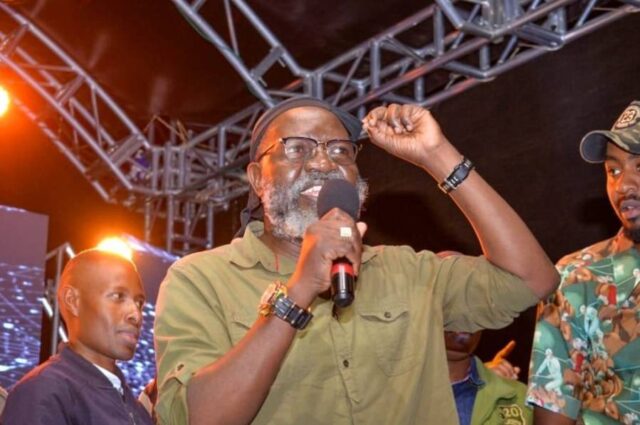 Prof. George Luchiri Wajackoyah is a Kenyan politician, lawyer, priest, and educationist. He is among the four presidential candidates for the August 9th,2022 general elections. The politician is among the most educated Kenyans, holding seventeen degrees.

His party, The Roots Party, advocates for the legalization of bhang to pay off the country’s debts and provide capital for other projects in the country.

The politician was born in Matungu, Western Kenya to his parents, Melenia Makokha and Tito Olilo Jackoya. He was born on October 24th,1959. At the age of three, his parents divorced, leaving him abandoned. He decided to travel to Busia with an intention of crossing the border to find his mother.

This was however unsuccessful, and he ended up traveling to Nairobi instead where he stayed in the streets. He was then rescued by well-wishers and ended up getting sponsorship from the then Education Minister, the late Joseph Kamotho. He joined Mumias Boys’ High School where he studied for his A-levels.

The politician is a wealthy man even though his exact net worth is not known. However, some sources reveals that he has approximate worth of Ksh 700 million. He earns most of his wealth through his law and teaching career. He is also the co-founder of Luchiri and Company advocates which is a law firm in Kenya.

Prof. Wajackoyah is a lecturer who has taught at several institutions in Kenya, the UK, and the United States. He majors in subjects like Human Rights, International law, Comparative Constitutional, as well as law, and economics.

About Luchiri and Company Advocates