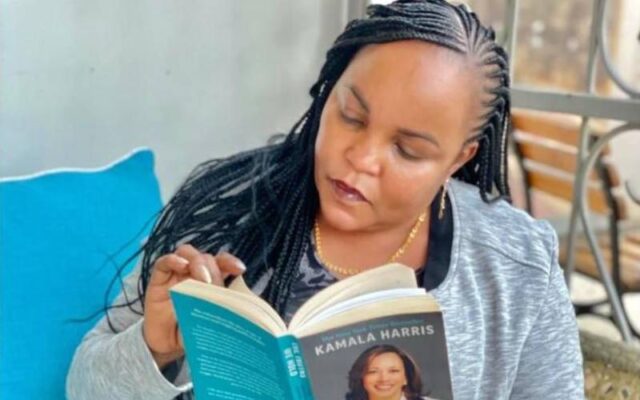 Purity Wangui Ngiciri is a Kenyan politician who has made it to the limelight after she ditched the United Democratic Alliance (UDA) claiming that the party ticket had been sold to the highest bidder. Wangui was also among the candidates for the Kirinyaga gubernatorial race in the 2022 general elections alongside Hon. Anne Waiguru and Hon. Charles Kibiru.

She was born in 1978 in Kirinyaga County where she was also brought up.

Her career started in the position of Japan Sales Manager at the International Relations Expert Tokyo in 1999.  The following year, she would be executive director at Joy Team Tyres and Half Moon Investments. She is also the Executive Director at Ngirici and Sons Ltd founded in 2011.

Her political career began in 2017 when she was elected to the National Assembly as a Member of Parliament for Kirinyaga. Her tenure has also been marked with committee memberships to the Departmental Committee on Finance & Planning and Public Investments Committee. Purity Wangui is also currently the chairperson for the Kenya Women Parliamentary Association.

On 31st December, she addressed her supporters in Mwea Sub-County announcing her independent race to the gubernatorial seat in Kirinyaga come the 2022 general elections. This followed her departure from the UDA ticket saying the party had sold the ticket to Anne Waiguru at Ksh 200,000,000. In the address, she claimed that “I was summoned in Nairobi and told to go run as MP in Mwea Constituency and leave the seat for her (Anne Waiguru), but I have said no.” 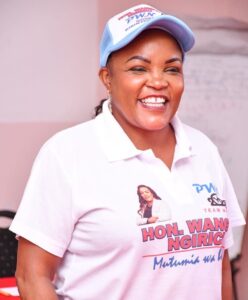 Wangui was unsuccessful in her gubernatorial bid, as she came second to Anne Waiguru in the race. Despite losing, Wangui went on to the media with claims that the election results were rigged. She demanded re-tallying of Gichugu constituency votes. This was a day after her rival, Anne Waiguru had also claimed foul play in the tallying.

The politician is a family lady who is married to Andrew Ngirici who is a famous businessman. 51-year-old Andrew is a millionaire businessman and has been married to Wangui Ngirici for over twenty years. The two have been blessed with two children, a boy, and a girl. 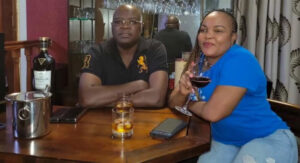 From her businesses and political roles, she is estimated to be worth $200,000.