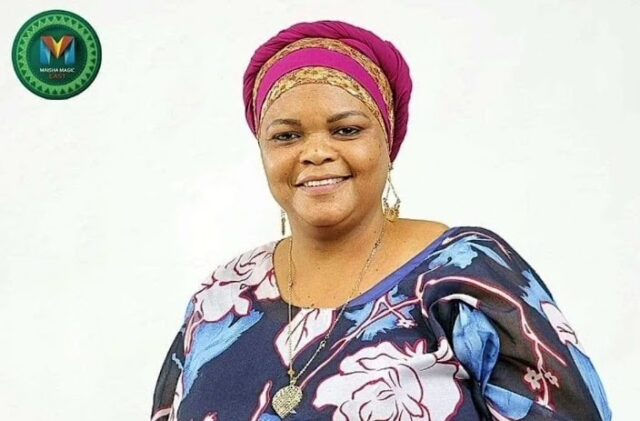 Rehema Rajab Konde was a talented Kenyan actress popularly known for her roles in Maisha Magic East. She was playing the role of Bi Salama in Sultana when she met her untimely death in February 2022.

Rehema Rajab hails from the Kenyan coast. Details about her childhood, parents, siblings, upbringing, husband, and children are concealed from the public eye.

In the show, Mama Jinale is a mother to Safira, who is a mermaid, and Razia. She owns a hotel in Funzi and gets to own her character. Pete aired on Maisha Magic East every Monday through Wednesday at 8.30 pm.

Another show where Rehema Rajab gets featured is the new show Sultana which airs on Citizen TV every weekday from 7.30 pm to 8 pm. Rehema plays the role of Bi Salama, who is a midwife. Bi Salama throws caution to the wind and assists Bi Ua in her delivery. Bi Ua is the wife of Major, who is from the royal family. After the delivery, Bi Salama finds herself at crossroads after she is expected to raise the baby by herself after the passing of her mother.

Rehema Rajab died on February 21, 2022. Despite the news being so untimely, the cause of her death remains unknown. Rehema passed on just a few months after Gilli Owino, who played the role of Mzee Msiri in Pete died.

Popular TV actors, anchors, and producers came together to mourn her. Some popular personalities that publicly sent in their condolences include Lolani Kalu, Rashid Abdallah, and his wife Lulu Hassan.

Rehema Rajab was laid to rest at Mtongwe Vijiweni. May her soul rest in perfect peace.

At the time of her death, Rehema Rajab was estimated to be worth about $150,000.