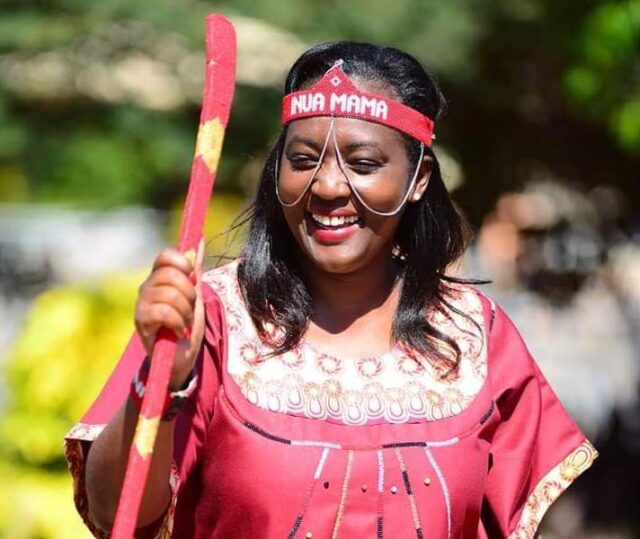 Roslinda Soipan Tuya is a Kenyan politician and former women representative for Narok county. He was recently nominated to be the new cabinet secretary for Environment and Fiorestry by President William Ruto.

Roslinda Soipan Tuya was born in 1979 in Narok county, Kenya. She is the daughter of former Narok South Member of Parliament (MP), Samson Ole Tuya. There are no further details on her early childhood as well as her primary and secondary school education.

Before joining politics, Roslinda Soipan worked for various government and civil society organizations such as the United States Agency for International Development (USAID), Kituo cha Sheria, and the former Ministry of Justice an Constitutional Affairs. She also worked as United Nations Volunteer Specialist.

Earlier this year, Roslinda Soipan Tuta quit politics, therefore, abandoning her quest to vie for the Narok Gubernatorial seat. She was then nominated by president William Ruto to become the new Cabinet Secretary for Environment. She will be replacing Keriako Tobiko and will be the first Maasai woman to be nominated into the Cabinet in Kenya.

There are no details on Roslinda Soipan Tuiya’s net worth. She earns most of her wealth through her political career.