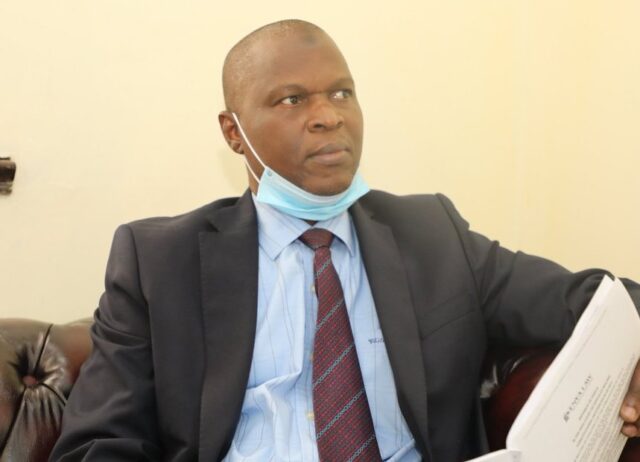 Justice Said Juma Chitembwe is a Kenyan based judge and lawyer. Chitembwe is currently serving in the civil division of the High Court at Milimani law courts. He is in the race to become the next Kenyan Chief Justice to succeed David Maraga. The interviews began at the Supreme Court buildings in Nairobi on Monday.

“If I’m appointed, I will build on what others have done with the sole purpose of improving the institution so that it can be what it is supposed to be, as per its vision and mission,” Justice Chitembwe said in the initial stages of his interview.

In December 2009, judge Chitembwe was arrested by the anti-corruption agency’s detectives in the coastal city of Mombasa over Ksh1.37 billion fraud and abuse of office claims. He was acquitted, three years later, along with former National Social Security Fund managing trustee Rachel Lumbasyo, when the court ruled that they had no case to answer.

In the year 2017, he freed a man convicted of defiling a minor which attracted the international spotlight. His ruling was judged as the worst in the world. Justice Said Juma Chitembwe, ruled that the child appeared willing to have sex with the defendant.

He, therefore set free Martin Charo, 24, who had been sentenced to 20 years in prison for having sex with a 13-year-old.Chitebwe’s verdict received the Golden Bludgeon (a court ruling with a negative effect on women and girls’ lives) in Spain on by Women’s Link Worldwide. It ranked the world’s worst ruling for women’s rights in 2016 among 18 other cases. The state appealed against the ruling.

Jumba was born in the coastal region of Kenya, Kwale  County to be precise. This article will be updated as soon as the information is available.

Chitembwe pursued a degree in Bachelor of Laws (LLB) at the university of Nairobi. He graduated in the year 1990 and went back for masters in the same where he did not finish the Masters Degree. He went to the United Kingdom to pursue a masters degree in Human rights in the university of Wessex.  He has been working in the legal field ever since he finished the university education.

Chitembwe was recruited in the Judiciary on the 2nd of April 2009. He has worked as a high court judge in Kakamega, Malindi, Marsabit and Migori. He has also had some visitation in Embu and Meru.

Before then, he was cooperation secretary at the National Social Security Fund (NSSF) from 2003 to 2009 when he joined the judiciary.

Before joining the National Social Security Fund, he was a legal practitioner in Mombasa in his own firm which he started in the year 1994.

Chitembwe is a secretive kind of a person and therefore we could not establish information detailing his family, wife and children.

His net worth as of the year 2021 is approximately Kshs. 80 Million. Chitembwe is a hardworking man who started his reputed law firm back in time. His firm and other businesses he own has accumulated handsome income and are the attribution to his current net worth.