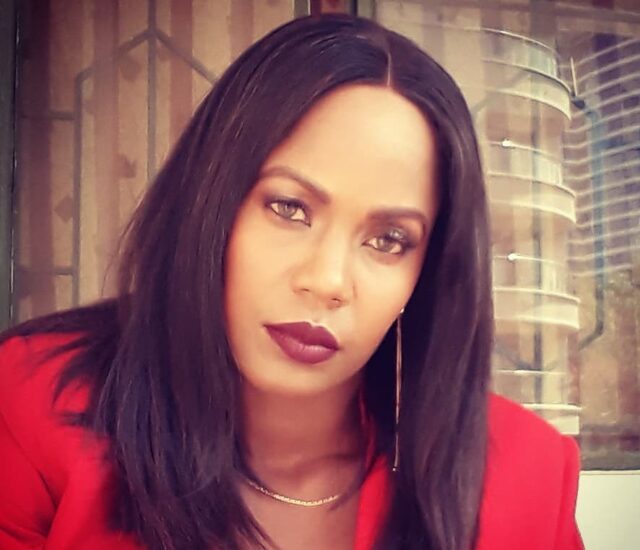 Popularly known as Sana, Sanaipei Natasha Tande is a Kenyan song writer, artist, actress and karaoke host. She is a bold artist who does not pay attention to any hearsay and has worked hard to make a name for herself and make a living for herself.

She is motivated by the fact that she says she will never settle nor have to stay with a man just because she cannot afford to take care of herself or her children. In this article we will be looking at the artist’s biography.

Sanaipei was born on the 22nd of March in 1985 in Mombasa where she grew up before her move to Nairobi later on. She was always interested in music and spent a lot of time as a child singing.

Sinapei Tande attended Loreto Convent in Mombasa, proceeded to Mama Ngina High, Aga Khan High School and St. Lucy Kiriri. After her secondary level of education was completed she got an admission to the Kenya Medical Training Center (KMTC) to pursue Pharmacy though she deferred.

Her musical journey took off beginning when she won the East Africa Coca Cola Popstars Talent Search with her then trio group called Sema comprising herself, Kevin Waweru and Pam Waithaka. They later parted their ways leaving Tande to pursue a solo career exploring tunes in the genres of R&B, African pop and Reggae.

This journey has not been an easy one having received several criticisms from the public concerning some of her visuals and lyrics. She has however had her share of good having bagged collaborations, associations and features with top Kenyan artists including Kidum, Jua Cali and Dan Aceda.

She has produced songs including ‘Mulika Mwizi’, ‘I Wish’, ‘Leta Wimbo’ and a latest one, ‘Simama’.

Natasha has also been a radio presenter working at Capital FM, Kiss 100 and Easy FM. She is also an actress having played a role in television series, Aziza. She portrays a Protean approach to the arts and willing to learn and practise different forms of art.

She dated former musician Manga for more than five years before they parted ways as Sanaipei said she was no longer growing in the relationship and needed a change. That is how the long-term relationship came to an end and no other man has been confirmed to be her significant other.

She retains her stand that she will not be pressured to get married by society just because it is what is expected of her. She says that she is working hard to attain financial freedom and stability such that when she has children she will be able to take care of them without having to depend on anyone else without holding grudges or taking fights to court.

Sanaipei Tande Net worth and Assets

Sanaipei is a real estate investor as well which offers her an added source of income. Her net worth is yet to be clearly established as at the time of this article’s publication.

Yo! Didn’t want to do the whole IGTv thing but you get it! Ladies!! Brand new hair PAAALLAAACCCEEE!!!! Make sure you check it out! @robert_saruti made it!! @shamii_hair