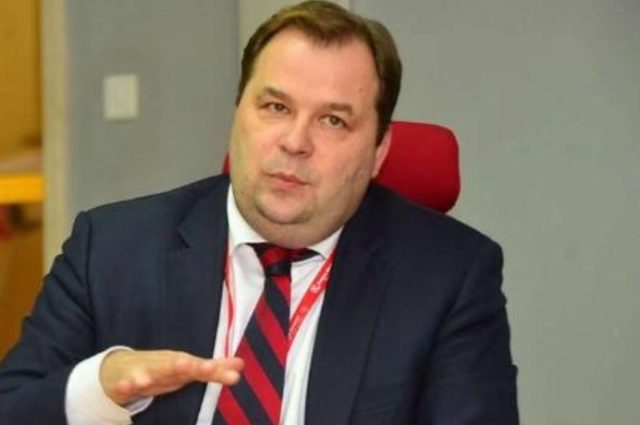 Sebastian Mikosz has been serving as the CEO and managing director of Kenya Airways (KQ) since he was appointed back in 2017. He has now joined the International Air Transport Association in the capacity of the Senior vice president for Member and External Relations. Mikosz is expected to start his work as from 1st June 2020.

He is 47 years old as of the year 2020. He hails from Poland. He is therefore polish by nationality. More information about his family background is not in the public eye but shall be updated here as soon as possible.

He is a graduate of the Institute of Political Studies (IEP Paris), France with a Master’s Degree in Economics and Finance. Mikosz began his career in the year 1997 with Arthur Andersen office in Paris. He later became the Managing Director of the French Chamber of Commerce and Industry in Poland (CCIFP. He has fluency in speaking languages such as English, Russian, French and his native polish.

Sebastian was appointed by the Kenya Airways as group Managing Director and CEO effective as he was expected to start working as from 1st June 2017. He has served the group well until in 2020 when he has been tasked to serve as the Senior vice president for Member and External Relations at the International Air Transport Association (IATA).

At KQ, Milkosz took over from Mr Mbuvi Ngunze, who hung his boots in November 2016 due to continuous loss-making in the company. In Mbuvi’s era, the airline recorded the largest ever loss in the history of Kenyan companies in 2015. Despite the appointment of the new boss, Mr Mbuvi was however to stay on beyond June as advisor to the company until the Capital Optimization plan is completed by end of July 2017.

“On behalf of the Board of Directors of Kenya Airways and management, I wish to take this opportunity to offer Sebastian our most sincere congratulations on this appointment and confirm our full support to him as he takes over as Group Managing Director and CEO,” said Mr Joseph, the former Safaricom CEO.

“We wish him every success as he assumes his new responsibilities. We have no doubt that under his leadership and guidance the airline, with the support of management and the Board will strive to greater heights and achievements as well as continue to regain its altitude as the Pride of Africa’.” Joseph added.

Mr Milkosz has vast experience when it comes to executive management both in the private and public sector. He has served several institutions thus gathering experience for over 20 years. He once served as the CEO of eSky.pl (Central European Online Travel Agent).

He also served as the President and Chief Executive Officer of LOT Polish Airlines. LOT Polish is one of the oldest airlines in the world. In all these stations, Mikosz brought a big and positive impact in terms of performance

He also served as the Director in Deloitte Business Consulting Warsaw Office and Vice-President of the Polish Information and Foreign Investment Agency (PAIiIZ) a governmental agency responsible for attracting foreign investors to Poland.

He is married to a beautiful wife by the name Magdalena Burnat-Mikosz. The two brought forth three sons and were never blessed with a daughter in their marriage.

Mr Joseph said that despite the challenging times, Mr Ngunze brought in unique leadership skills to bear, ensuring that the airline stayed afloat. He noted that Mr Ngunze, a KQ insider, had led negotiations with financiers and critical partners, and launched the turnaround “which has achieved key milestones, and whose results we are now seeing.”

Sebastian Mikosz Net Worth and salary

Having served world’s biggest brands, Mr Mikosz has accumulated good amount of wealth which places him on the map of the world’s richest people. His estimated net worth as of the year 2020 is approximately more than $1 Million. In the KQ, he used to earn approximately over Kshs. 1.5 Million.