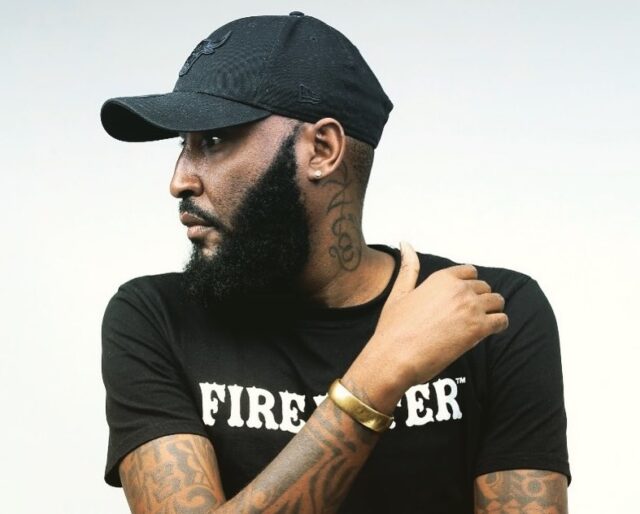 Kenya’s turn-up king better known as The Reverend is a public figure that has lately been in the limelight for all the wrong reasons. Shaffie Weru, radio show host at Homeboyz Radio, is the subject of this article as we look into his biography highlighting his personal life, controversies and career journey.

Shaffie is in his mid-thirties as at 2021. He hails from Nairobi’s Golf Course Estate in the Mbagathi region of Nairobi West. He grew up in a family of five, two younger siblings and their parents. Shaffie’s dad is a Kenyan by descent while his mother is of Nubian descent. He has since spent most of his life in the city.

On graduating with his specialty in Radio and Television production, he was absorbed into the Royal Media Services. There he took up sports news hosting staying for a few years before he went to one of Kenya’s leading radio stations Kiss 100 FM. This was where he became better known to the public known for his raw and often humorous show-hosting skills. He alongside Kalekye Mumo ran a breakfast show titled the Drive show. His career in Kiss FM spanned a 14-year period doing several shows and co-hosting with top presenters including Adelle Anyango.

He then switched gears moving to Radio Africa Group’s Homeboyz Radio widely popular for their commitment to the Hip Hop Culture and English Premiere League. At the station, he co-hosted The Lift Off, a morning show, with Neville and DJ Joe Mfalme. This is where he fell into hot soup after a conversation with his co-hosts making insensitive remarks on a gender based violence case where a lady, Eunice, was badly injured by a man after denying his sexual advances.

The trio made the situation seem it was the lady’s fault that she went through the ordeal. He later apologized releasing an apologetic statement on his social media pages. Following a complaint to the Communication Authority of Kenya, they were put on a two-week suspension where they would be taken through formal sensitization training.

Despite his love for the dancefloor, parties and entertainment, Shaffie is also a father of three – Nia, Milan and Tyron. He had his eldest, Milan, with former girlfriend, Asila Debbie, and the two with his wife Jada Joan Mwihaki. He has been married to Joan for over a decade now despite the infidelity allegations that knock on his door every so often. He has been in the past been speculated to have had affairs with socialite Vera Sidika, and musical artist Marya.

Moreover, Shaafie and the luxurious high-end living and spending go hand-in-hand. He is known to flaunt his range of cars, speed bikes, expensive shoes, accessories and extravagant gifting for the people he loves.

Shaffie Weru Net Worth and Assets

Shaffie is among the top earning players in the entertainment scene in Kenya taking home an approximate monthly Kshs. 500,000. He also does endorsements promoting brands through his large fan base. His net worth is approximately Kshs. 100 Million.