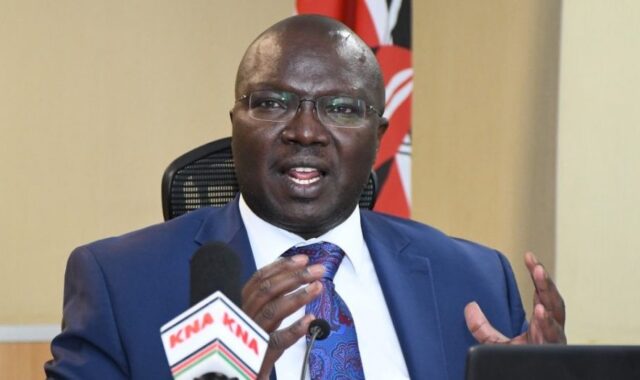 There are no details on Simon Chelugui’s childhood as well as primary and secondary school education.

The politician holds a master’s degree, MBA and has vast knowledge and experience in fields such as Finance, Administration, Strategic Management, and Investment.

Simon Chelugui is the former Betting and Licensing Board Director. He is a renowned entrepreneur and scholar full of philosophy and ideology. He started his career as an activist and has recently worked at the CDF Kenya Directorate as the chair of the board.

He was an aspiring governor and senator for Baringo county. He, however, withdrew from the race just before the 2017 general elections. On Tuesday, September 27th, he was among the twenty-two cabinet secretaries announced by President William Ruto at the State House of Kenya.

Chelugui initially served as the cabinet secretary for labor and Social Protection under president Uhuru Kenyatta’s government. He is the only cabinet secretary announced by president William Ruto who maintains a position in the cabinet. He took it to his Facebook account to thank President William Ruto for appointing him on the 28th of September for his new position.

Simon Chelugui’s net worth is not yet known. He earns most of his wealth through his position as a government official. He was initially ranked among the richest cabinet secretaries in former president Uhuru Kenyatta’s cabinet.

The labor cabinet secretary told MPs that his assets add up to Ksh 796 million. He revealed that he has investments in real estate, movable assets, and farming.