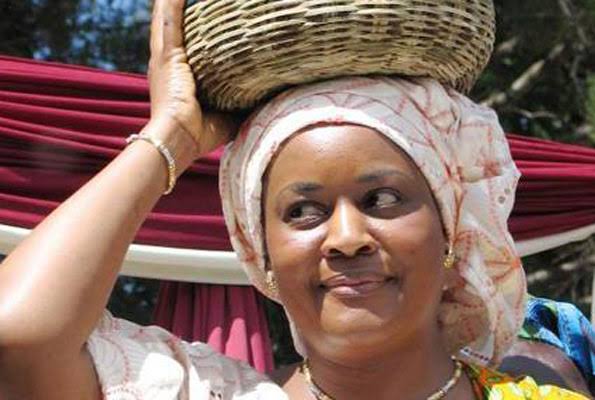 Tessie Shangatti Mudavadi is Musalia’s wife and mother of his three children. She has come to the limelight after together with her family they accompanied Musalia to make his earthquake announcement. This article looks into the biography of the pillar behind Mudavadi’s steadiness in person and in his political career.

She is in her fifties and was born in Kenya’s Western region.

Details on her educational background remain unavailable to the public.

Following a personal experience that made an indelible mark in her life, Tessie is an active campaigner on Cancer matters. She advocates for screening, early detection, and strength in undergoing treatment. Moreover, she co-runs the Mudavadi Memorial Foundation Trust Fund that they founded in 1997. They formed the fund with a need to solve the needs in the community but soon found out the complexities and vastness of problems that needed solutions. They then focused their efforts in key areas considered vital to an individual’s development and well-being.

These are Education, Health, and Socio-Economic Development. Tessie says of the initiative, “I liked the idea of setting up a foundation through which we could then set up structures to channel resources and systematically reach it out to people. This has led to our work being more transparent and thus seeking support from other organizations and individuals to help us achieve our goals has been a lot more attainable. We endeavor to reach out to as many Kenyans as possible and are hopeful that through the foundation and the goodwill we enjoy from so many individuals and organizations this may be fulfilled.”

SHe met Musalia Mudavadi in a fundraising event in Lugari. The ANC party leader described their meeting in an interview with KTN Morning Express saying, “I was somewhere in Lugari and we were conducting a public function to raise money for a school. And while we were there, one of the board members of that school came with his family and somewhere in the crowd there was this very beautiful lady.”  They would later on build a relationship that culminated in tying the knot on 17th November 1991. The couple marked their Pearl Anniversary in 2020 and are clocking 32 years of marriage as of 2022.

The couple works together and has raised a successful family together. Musalia described her as a pillar and the one person who would tell her what other people are afraid of telling him. He described Tessie saying, “She has been a good mother to my children and where I have been absent because of my political career, she has filled the gap.“

Together, they have three children named Michael, Moses, and Maryanne Mudavadi.

In 2012, Mrs. Mudavadai was diagnosed with breast cancer just before her husband was to be named Jubilee Party’s flag bearer in the coming elections only to be betrayed. He described this as a tough moment in his life. Fortunately, however, Tessie received treatment following an early diagnosis and was fully recovered.