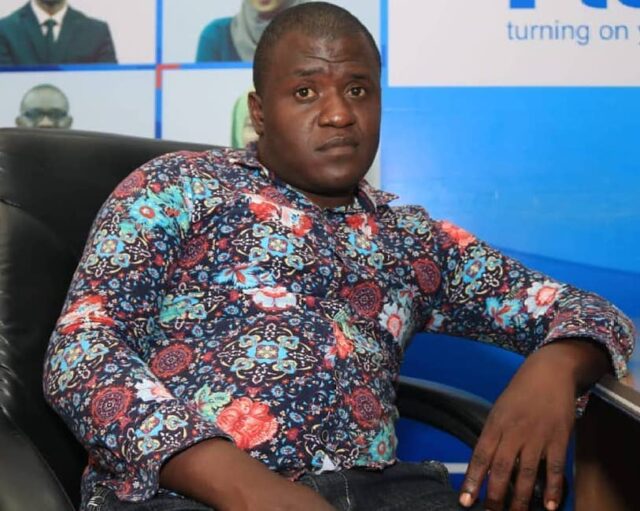 Victor Naman is an online comedian who has had television experience as well doing comical stunts, shows and series. He runs a vibrant YouTube channel and been a successful actor in several shows using his talent in voice impressions to create hilarious content for his viewers.

Victor was born and raised in Kakamega in the Western region of Kenya. He is in his early 40s as at 2020.

Victor attended Shikomare Primary school for his first level of education, then to St. Peter’s Boys High School in Mumias before enrolling at Railways Training Institute pursuing a diploma in Electrical Engineering. He did not practice this skill and however went on to use his talent to make ends meet and put food on his table.

Victor began comedy on television before he decided to go fully on social media. He joined a group of comedians who called themselves the Rib Crackers who came up with a prank television show tagged Naswa. The comedians would carry out tricks and hilarious pranks on unknowing citizens in the streets of Nairobi.

With the success of Naswa, Victor later performed on the XYZ show doing voice impressions for cartoon characters that represented different politicians in the Kenyan political field. He later went on to star in a show called Mr. Speaker Sir on the TV station, Qtv where they acted out hilarious scenes observed in parliamentary seatings.

Naman has also worked as director of a similar prank show named Kaa Rada. Over the years in his career, he has been able to gather up a good number of fans and followers who have provided him an avenue to carry out several brand advertisements.

He also runs a side hustle business in Juja area – together with his wife selling fish to the residents around the area.
He has worked with brands such as Safaricom in doing endorsement contracts.

Victor is married to his wife called Anne with whom they have a son called Larry.

Victor Naman Net worth and Assets

Victor’s net worth remains undisclosed as at the time of this article’s publication nor information on his assets made public information. His business and comical work both on television and online supplement his earnings yearly.