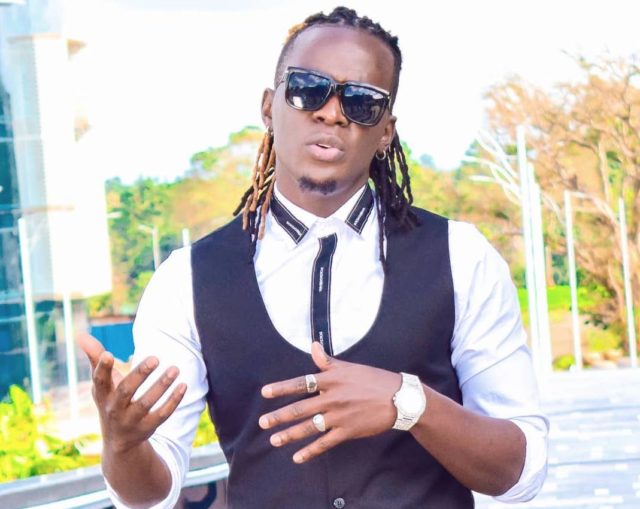 Willy Paul Msafi is a Kenyan gospel artiste who has really deepened roots in the gospel industry since he emerged in 2011. His real name is Wilson Abubakar Radido.

Willy has been nominated severally and has garnered several awards too.He was nominated and won the title of the male gospel artiste of the year in 2013 Groove awards courtesy of the collaborations he did with Gloria Muliro.

Gloria also won the title of the female gospel artiste of the year 2013. Some of the songs that made Gloria and Willy Paul carry the day of the 2013 Groove awards was the popular “Sitolia” and “Kitanzi”. The songs were the favorites of time and made Willy travel globally to perform them to huge audiences.

He is currently the founder and CEO of his recording studio Saldo Records. The studio has produced several hits of time and also assisted many upcoming artistes to record their songs.

Willy was raised in a humble background he was born with other two siblings. His father was a carpenter from Uganda and the mother was a salonist from Tanzania. The father passed on before willy stepped to fame.

At one point, Willy Paul dropped out of school due to fee challenges.  He couldn’t get a chance forge further in education and even to join college.

His mother fell very sick in 2011 and because ends could not meet in the family, Willy Paul was forced to join Juakali where he used to make jikos and boxes from scrap metals.

He is a Luo by tribe and a Muslim by religion. Willy has dated several girls including Video Vixen Michelle Dyer and Musician Nandy. Dyer broke up with willy because of unfaithfulness and cheating allegations.

Later, Willy moved on, in 2016, with a lady from Ethiopia, Michelle also moved on too, with Fred Omondi, a Kenyan comedian. Willy Paul had also planned to wed his Ethiopian love bird, but he changed planes and cancelled the wedding.

Willy was also recently alleged to be dating Nandy, a Tanzania singer and a video vixen, however their dating life has remained under wraps. This was due to a photo of the  eye brow-raising chemistry between the two on their performance in one of the shows, which went viral on social media.

The Kenyan controversial singer has never had a stable relationship that could lead to having children.

Some years back, the top world Jamaican musician by the name Allain Kasinga paid a visit to Kenya. Willy Paul welcomed and hosted her for several days. The hosting raised many eyebrows and fans wondered whether the two shared a bed. They did several collabos in the process.

One of the hit songs they did together was ‘Yes I do’ which was loved by many fans in Kenya and across the world. Early last year, Willy lamented on his Instagram account that Allain has blocked him. The news went viral as willy tried to beg Allain to unblock him.

The singer has attended many events and concerts which has made him pocket handsome pays. He has also secured several brand endorsements which has given him extra coins. His net worth is estimated to be Kshs. 110 Million as of 2020. Per show, Willy Paul Charges something more than Kshs. 300,000 depending on the event organization and the country.

Willy has demonstrated his act of  philanthropism and good heartedness by starting a foundation in Mathare where he grew up to help the needy slum children.

Musical Career Background and his Source of Fame

His music career started back in 2010 when he collaborated with Gospel singer Gloria Muliro in their first single “Sitolia”.

Willy Paul then released an album of the songs such as “Lala Salama”, “Mpenzi” and “Kitanzi”. This album was launched on 5th December at KICC grounds.

The event was attended by other popular Kenyan artists such as Daddy Owen, Ben Githae, Gloria Muliro, DK Kwenye Beat, Ben Bahati, Men of God, Size 8, Mr. Seed, Betty Bayo and Deejays such as Mo and Sadic. These artistes and personalities made him rise and were the ultimate source of his fame.

Apart from Size 8, Allain and Gloria, Willy has made collaborations with other artistes such as Ryvanny, Badgyal Cecile, Nandy and Sauti Sol.

Willy has made appearances in many USA States such as Sacramento of California, and St. Louisiana Missouri. He has also been featured in many nominations and gathered a good number of them.

Willy has really made bold progress in terms of recording. Other songs he has recorded include;

He is also working on recording more songs and collaborations with popular east African artistes.

Willy Paul was a talk of town when his fellow singer Bahati accused him of stealing some lines of his song. Since then, the two have not being agreeing even though they were reunited by the groove awards event and prayed for. Willy and Bahati have never thought of doing a collaboration due to those differences.