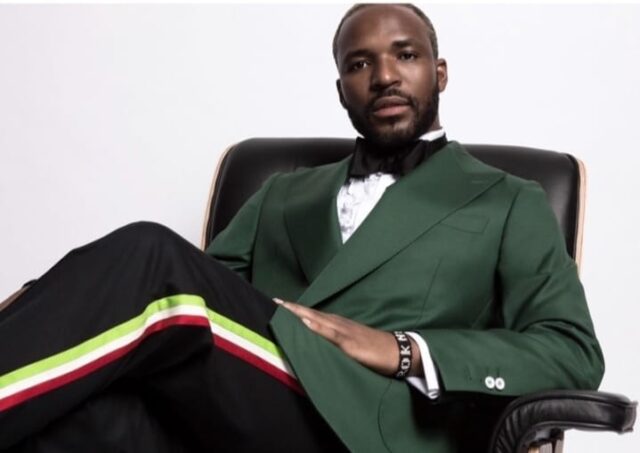 Zedekiah Lukoye is a high-end designer whose work is celebrated and embraced by several people, public personalities, and A-list celebrities. His recent work on a T-shirt that Shawn Carter aka Jay-Z wore had him on the wrong side of publicity. Zedekiah Lukoye has enjoyed a blissful career risen from low ranks and then rose up to become a highly-sought designer. This article looks into his biography highlighting his personal life, career journey, background, and the recent controversy.

Zedekiah was born in Kenya where he was brought up and began his strides in life. His mother introduced him to business in the apparel industry, trading second-hand clothing in Eldoret.

Zeddy as his friends call him attended his academic training in Eldoret and later went into business.

His career to become the highly sought-after designer has been a long journey that traces back to his time in primary school in Eldoret. Zedekiah used to walk by a flea market that sold clothes, a trade that his mother was an active partaker in. He then moved from Eldoret to Kinoo in Nairobi to get into the business of trading clothes. There he learned how to tailor and produce denim clothing from a group that was already in the business.

Zedekiah Lukoye then launched his first business Blackbird Jeans Company which produced and sold denim products to various people. He began selling his work at approximately $5 each before he began reviewing his prices. Lukoye then got an opportunity to attend a New York Fashion Week to showcase his work and reach a new market.

In the States, he worked with top fashion houses such as Alexander Nash, 3X1, and come 2013 launched his most popular brand Narok NYC. With Narok NYC, he has worked with personalities such as RocNation’s Jay Z, SportPesa Chief Executive Officer, Ronald Karauri, Peter Junior Nyong’o, Damian Escobar, Bradley Theodore, and Marley Rohan.

The designer was in the limelight for the wrong reasons after his designed T-shirt that got him into trouble with the Muslim community. He had an image of Lamu’s Riyadha Mosque on the t-shirt, a move that was unacceptable by the Muslim community. They condemned it saying that they did not approve of any association with the rapper and were not proud of it.