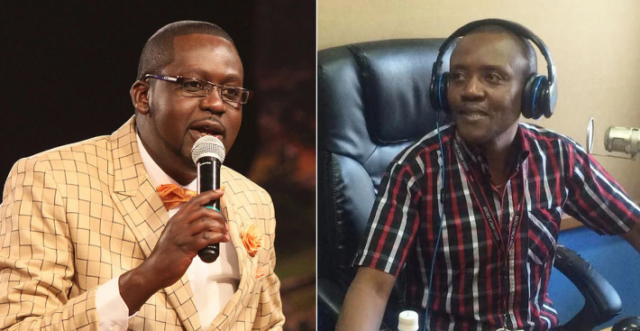 Hosting the breakfast shows called ‘Maina and King’ang’i’ alongside Mwalimu King’ang’i’, Maina Kageni is a 46-year-old presenter. He is a humorous host who makes your morning fun and joyful. He is also a businessman majoring in Real Estate. Maina is a nephew to S.K Macharia, who is the CEO of Royal Media Services.

Also known as Mwalimu King’ang’i on the Classic 105 breakfast show, Daniel Ndambuki is a famous Kenyan comedian. The presenter is a funny and talented presenter who makes Kenyans’ mornings bearable with his comedy.

Every Monday to Friday, Harriet makes Kenyans stay tuned to Classic 105 on their radios from 10 am to 3 pm. She hosts the Classic Café show but sometimes features on the Classic Overdrive.

Read: Meet Tycoons who Own Major Petrol Stations in Kenya

Harriet studied medicine at the University of Nairobi. However, she dropped out during her third year of study and decided to pursue her passion in media instead.

Mike hosts the Overdrive Show every Monday to Friday from 2 pm to 4 pm. He is an inspiring presenter with quite a large following on his socials.

With a Diploma in Journalism at Zetech University, Anna has worked with other radio stations before joining Classic 105. These radio stations include; Jembe FM and Royal Media Services.

Dr. Love is one of Kenya’s favorites on Classic 105 Radio Station. He has a deep husky voice that attracts many listeners. However, there are no further details on this talented presenter.