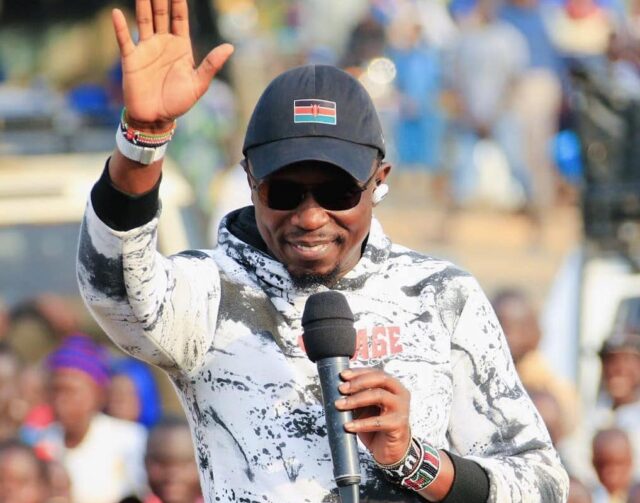 Ababu Namwamba is an international lawyer and Kenyan politician. He was recently appointed by president William Ruto to become the Cabinet Secretary for Youth Affairs, Sports and the Arts.

Ababu Tawfiq Pius Namwamba was born to Kenyan parents in Jinja, Uganda on December 23rd, 1975. He was raised in Uganda for some time but later moved to Kenya where he stayed since then.

From 1993 to 1997, Ababu Namwamba attended the University of Nairobi where he studied law degree. He then went to Kenya School of Law before joining Washington College of Law, the USA in 2004, for his Master’s degree in Law (LLM) in International law.

Ababu Namwamba was chief Counsel at The Chambers of Justice, which is a public interest trust which he founded in 2002. He ran it alongside his law firm, Ababu Namwamba Attorneys-at-law.

He is among the pioneers in public interest litigation for the defenseless. In 2003, Ababu won a ruling court case that sought to protect children living with HIV /AIDS. The ruling was after two schools in Ngong and Karen barred children with HIV/AIDS from Nyumbani Children’s Home.

In 2004, he received the Global Justice Award in Amsterdam, the Netherlands due to the children’s case, which made him famous all over the world.

In 2006, Ababu Namwamba joined the Orange Democratic Movement (ODM). He later won the seat as the Member of Parliament for Budalangi constituency under the ODM party ticket. He was also selected to serve as the party’s parliamentary secretary from 2008 to 2013.

Ababu Namwamba’s net worth is not yet known. He earns most of his wealth through his career in legal practice as well as his political career.