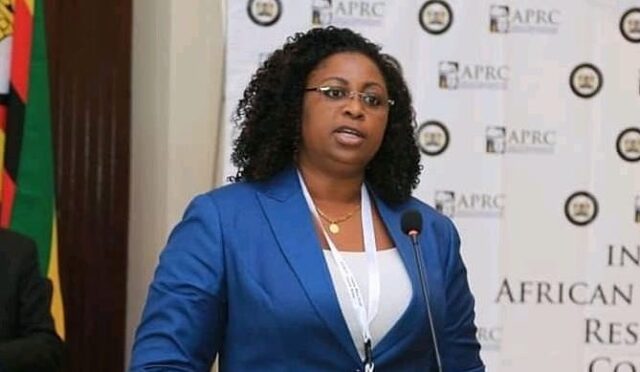 Aisha Jumwa is a name that you have probably come across by now. She is a politician and the current Malindi Township MP. She has also been appointed Public Service, Gender and Affirmative Action Cabinet Secretary by president William Ruto.

Aisha Jumwa was born on March 23rd,1975 in Takaungu, Kilifi South constituency, Kilifi county. She is the second born in a family of five children.

Later, Aisha returned to school to pursue her studies. She joined Ganze Secondary School and Nyali Senior School. For her tertiary education, the politician joined Jomo Kenyatta University for Agriculture and Technology (JKUAT) for a certificate in county governance. Also, she went back to JKUAT to study for a Degree in Commerce.

Jumwa began her career working in Kaseru enterprises, a construction company in Kilifi. She then joined politics and was first a KANU party youth winger. In 1997, she was elected as Takaungu ward councilor up to 2007.

Between 2005 and 2007, Aisha was the chairperson of Kilifi Town Council. She has been a supporter of William Ruto and even voted against the Building Bridges Initiative (BBI). She was among the eighty-three MPs that voted against the BBI.

The MP has been divorced twice. She divorced her first husband who did not approve of her involvement in politics. She later got married to ex-Jomvu Member of County Assembly Karisa Nzai whom she later divorced as well.

Aisha is a mother of two daughters and a son; Selina Sidi, Ruth, and Karisa Kalume. She also has a grandchild.

Aisha Jumwa’s net worth is not yet known. She earns most of her wealth from her political career.