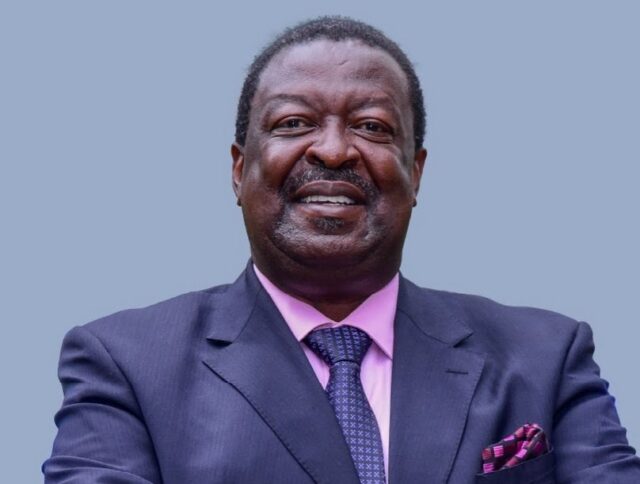 Hon. Musalia Mudavadi is the new Prime Cabinet Secretary of the Republic of Kenya(equivalent to prime minister). He was appointed president William Ruto on September 27th, 2022.

Wycliffe Musalia Mudavadi was born in Sabatia, Vihiga District on September 21, 1960. He grew up in a Quaker Christian Denomination family of the Maragoli ethnic dialect from the Luhya tribe.

After graduating from the University of Nairobi, Mudavadi kicked off his career as a land economist. During this time, he decided to fill up his late father’s shoes. His father, Moses Budamba Mudavadi was a politician during the Moi and KANU regime.

Mudavadi’s political career kicked off in 1989, when he became MP for the Sabatia constituency under the KANU party ticket following the death of his father. The then president Moi appointed Mudavadi to become a Minister in charge of the Ministry of Supplies and Marketing.

Later, he was appointed as a minister to head the Ministry of Finance in 1993. He served as a deputy prime minister in the grand coalition government, and also as deputy president in 2002 during the Moi regime.

In 2002, Mudavadi was the running mate for the KANU presidential candidate, Uhuru Kenyatta. Later in 2007, he was in the ODM party and was Raila Odinga’s running mate. In 2017, Mudavadi was part of the NASA coalition under his ANC party.

Musalia Mudavadi has an estimated net worth of Ksh. 30 billion. He earns most of his wealth from his political status.