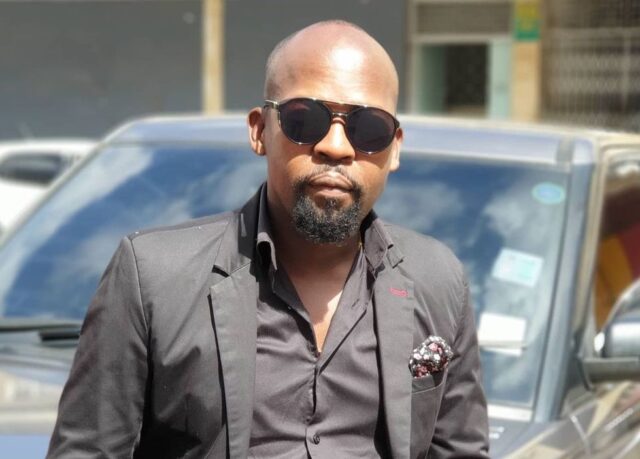 Alex Mwakideu is a Jack of many trades. He is a musician, radio presenter and media personality. The good swimmer and die hard fan of the Blues (Chelsea) is the subject of this article as we look at the biography of Alex Mwakideu. We answer a couple of questions people might have about him, the story behind his character and his personal life.

Alex Mwakideu was born on the 6th of March in 1980 to his late parents in Nairobi, Kenya. The 40 year old had a normal childhood, with a few incidents reported that he might have been a bad boy in high school.

Alex attended Shimo La Tewa High School in the coastal region of Kenya where he completed his high school level of studies. He is claimed to have once engaged the school head teacher in a physical fight while at school though the circumstances that led to that incident remain unknown.

Alex as a musical artist dwells in the genres of Soul and R&B. Though he is not in the Kenyan mainstream music field, he is quite talented and uses his vocals primarily.

In his career on radio, he worked at Baraka FM for close to a decade doing radio shows before he made the switch to Radio Maisha. After a couple of years, he moved to Milele FM where he now serves as the Head of Radio and at the same time co-hosts a breakfast show with comedian Jalang’o.

Alex Mwakideu is also an actor, a less widely known fact about the radio presenter.

He is married to a nurse called Marimm Mwemba Mbele and together they have three children. Alex Mwakideu has however found himself on the other end of Edgar Obare’s whip after he exposed him as a cheat in a blog post. Alex was apparently cheating on his wife with one Miss Barungi. Their dirty laundry was laid out in the open for all to see.

Alex has in the past proclaimed to have completely given up his drinking habits as a means of honouring his late mother, Ruth who was always against the use alcohol and urged her son to stay clean. He also has a tribute tattoo for his late father, Simon.

Alex Mwakideu is said to make about Ksh 800,000 per month from his radio work as salary. The exact value of his net worth is yet to be established. Information on the assets under his name as well remain unavailable.