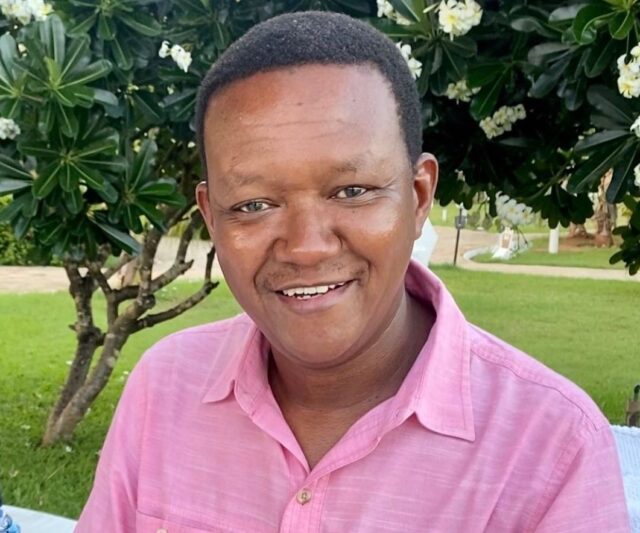 Alfred Mutua is a Kenyan politician and a two-term governor for Machakos county. He was recently selected by president William Ruto to be the new Foreign and Diaspora Cabinet Secretary.

Dr. Alfred Nganga Mutua was born on August 22nd, 1970 in Masii in Machakos county. He comes from a humble background. His mother is Agnes Mutua and his sister is Ann Mutua. Not much is known about his father.

The new cabinet secretary started his education at Toi primary in Kibera. For his O levels, he went to Dagoretti High School before joining Jamuhuri High School for his A levels. He then joined Whitworth College in the USA where he studied for his Bachelor of Arts Degree in Journalism.

Dr. Alfred Mutua started his journalism career quite early. At the age of fifteen, he published his first article in the daily newspaper. He wrote articles for Sunday Newspaper, Standard Newspaper, and Kenya Times after he completed his high school education.

Before he decided to venture into politics, Mutua worked as the first official government spokesperson appointed by the late former president Mwai Kibaki. He resigned in 2012 in order to pursue politics.

Mutua’s net worth is not known. He is a wealthy man who earns most of his wealth through his political career and several businesses.