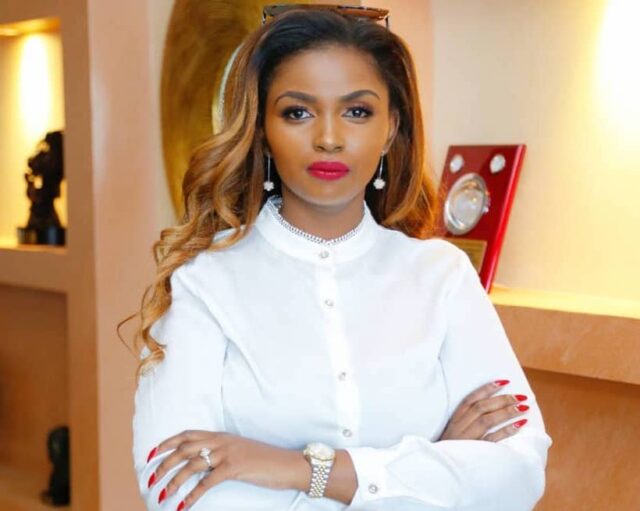 Anerlisa Muigai- The Keroche Breweries heiress and sister to the late Tecra Muigai is an embodiment of hard work paying off and independence. The entrepreneur born into a family of immense wealth and huge financial value is a notable character and is the subject of this article as we look into her biography.

Anerlisa was born in 1988 as the eldest daughter to her parents Mr. and Mrs. Karanja the co-founders and owners of Keroche Breweries. She has two brothers – Edward and James Karanja and her slain sister Tecra. She was born in Kenya and is a Kenyan citizen by birth.

Information on Anerlisa’s educational background are yet to be established as at the time of this article’s publication. She is however a very smart individual who has managed to be one of the youngest entrepreneurs making it big in the country and across the globe.

Anerlisa is deep into the fashion and entrepreneurial life and she has built her career around this. Not being fixated on her parents’ staggering wealth, she has taken up her own path and is making her own dollars.

She is the owner and Chief Executive Officer of her own company called Nero Limited which is a premium drinking water manufacturing company. Her ventures have earned her several nominations and awards such as the Female Entrepreneur of the Year in 2018 and was named runners up at the Young Entrepreneurs Award in the same year.

In this manner she inspires young people to make their own decisions and build their own lives without depending on their parents regardless of their incomes or net worth.

Anerlisa has had a ride in her dating life and been with men including Ian Mugoya, Stephen Kungu, Don Mbugua and finally Ben Pol whose actual name is Benard Michael Paul. She got several public criticisms on dating Don Mbugua who was a married man and she was dubbed a home wrecker. She is said to have been confronted by his wife and called her out.

Her relationship with Ben Pol is what has seemed to win the test of time as they have progressed from business partners to being engaged. Ben proposed to her on a vacation and later on pictures surfed the internet of their engagement and introductions to the families. A while later there have been claims of her being pregnant though she is yet to confirm on the same.

Another notable fact to Anerlisa’s personal life is that she has battled with obesity and struggled with weight loss and emerged successful. She can now post before and after pictures which depict that the levels of her transformation are high.

She is said to have had ex-millitia trainers train her on the weight loss journey and emerged victorious. She dismissed claims that she had the procedure done surgically and only confirmed using laser treatment to get rid of her stretch marks.

She was greatly inspired to help other women like her and set up the Anerlisa Weight Loss Program which includes dietary and exercise tips and plans for good health.

Anerlisa Muigai Net worth and Assets

Anerlisa’s net worth stands at approximately Kshs 1 billion as of the year 2021. She owns and rides sleek and luxurious cars such as a Mercedes-Benz S class and a Range Rover. She also loves in the green leafy areas of Nairobi Riverside Drive in a posh neighborhood.