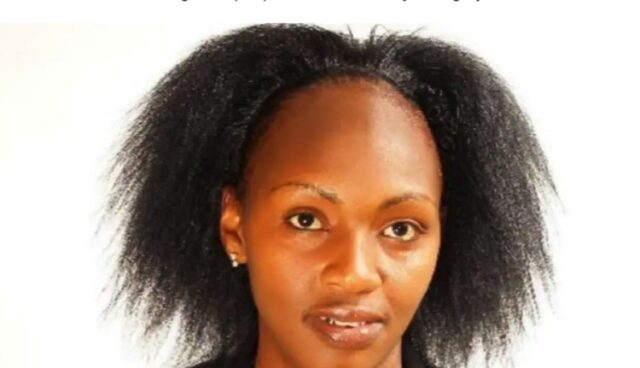 Anne Wanjiru Waiganjo, unfortunately, passed away on the evening of July 3rd, 2021 after collapsing in a celebration with colleagues. The cause of her death is yet to be established as she was reported to seem fine during the celebration. This article looks into the Karen DCI officer’s story, highlighting her biography, age, place of birth, personal life, and professional journey.

The late Anne Wanjiru was in her early forties at the time of her demise. She was born and brought up in Central Kenya.

The deceased was a University graduate. Further details on Wanjiru’s academic qualifications are however scanty.

At the time of her passing, Anne Wanjiru was a Directorate of Criminal Investigation (DCI) officer in Karen. She was stationed in the Karen Police Station until her demise on Saturday evening. Wanjiru had risen up the ranks to take up the role of Chief Inspector.

The late Wanjiru was married twice during her lifetime. Her first husband, Officer Murimi David,  had been allegedly reported for domestic violence against the deceased. On one occasion, Wanjiru Waiganjo received severe injuries that had her hospitalized.

Read: Updated Kenya Police Salary Scales as per their Ranks 2021

Their marriage was dissolved on those grounds on 11th August 2020 after an 8-year long relationship. Anne Wanjiru, later on, married another prisons department officer, Muchi Mbitu David, after her marriage dissolution.

Her marriage life was filled with dramatic occurrences. After she filed for divorce from officer Murimi, Anne claimed that she had received several threats from people in her career pushing her to reconsider the action.

There were allegations that she was a bigamist, an unlawful practice under Kenyan law. This was because she got married to Muchi Mbitu. She had however finalized her first marriage dissolution before the wedding and was thus not guilty of bigamy.

She was also sister to the infamous police impersonator Waiganjo Joshua.

Anne Wanjiru died on the evening of Saturday shortly before 6:00 P.M. She was in attendance for Senior Superintendent of Police Henry Kiambata’s farewell celebration hosted at a restaurant in the city called Baita.

Upon collapse, fellow colleague Yakub Abdirashid filed a report and had her taken to Nairobi Hospital. The doctors however pronounced her dead upon arrival. Investigations are still ongoing to determine the cause of her demise.