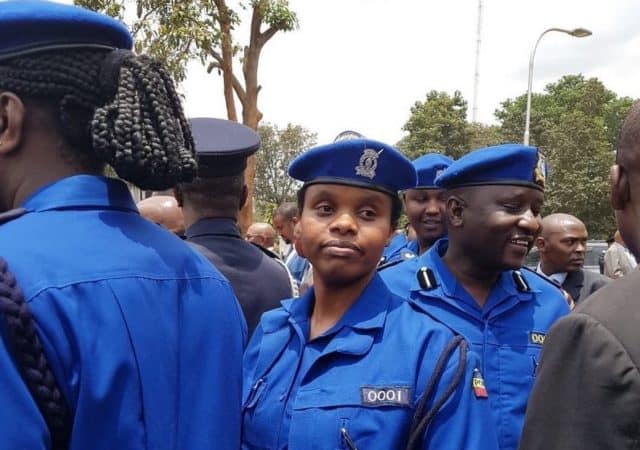 Just like any other civil profession, the Kenya Police salaries are subjected to increments depending on several factors such as: ranks in the job, years of service commonly (known as years of experience) and the education levels of the officers. For instance, a degree holder police officer will earn more than a certificate holder in the same rank.

From the salary scales that we are going to discuss below, it is clear that the police officers used to be among the servants who were highly motivated in Kenya other than any other privilege that come with the position before the rains started beating them.

In 2012, the Kenyan constitution banned the strikes by police officers because they are so vital and play a very vital role in the country. This necessitated their salary increments by 100 percent and handsome motivation in 2015 so that they do not get a reason to go for industrial action. These increments were done in four major phases.

The following were the officers’ salary scales in Kenyan Shilling as per their ranks from top to bottom, other factors like years of experience and education levels remaining constant:

As it can be seen from the table above, the Kenya Police officers used to be handsomely paid. Afresh recruit could pocket more than afresh graduate degree holder in Kenya. An inspector General of Police could pocket way more than a University of Nairobi Professor.

These earnings were hefty until 2018 when their salaries were heavily reduced. The Kenya National Police Service slashed down the salaries of fresh recruits from Kshs. 35,000 down to Kshs. 18,000.

This led to many officers resigning to enter in to their personal ventures which could pay farm much better than NPS.

As a result of slashing down monthly stipends, the officers in the lower ranks lost big; those in the upper ranks such as Police Inspector General still have some white smoke in their banks for upkeep – something not less than Kshs. 300,000 in their accounts.