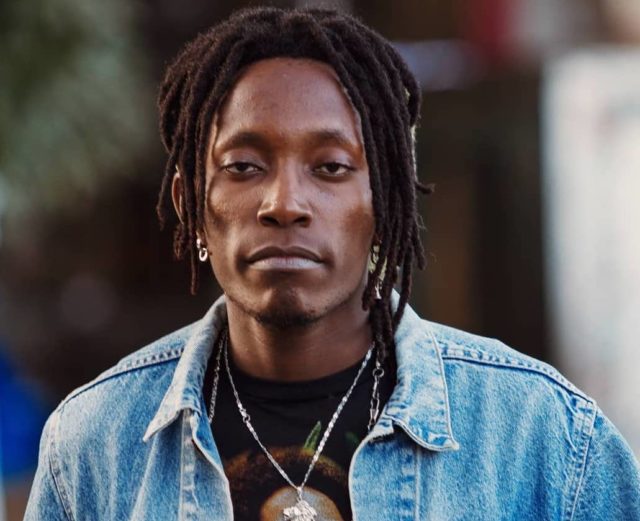 Benson Mutua Muia commonly known as Bensoul is a Kenyan singer, songwriter, music producer and an instrumentalist. The singer has played instruments for various bands and artists. He has also written songs for giant musicians across east Africa.

During an interview on Standard Digital News, Bensoul was exposed to music when he was young growing up in Embu town. The award-winning singer got exposed in matters music due to his passion for music, interest, quest for learning something new and interactions with music professionals such as H_Art The Band who has been in the music industry for longer.

Since he was a child, his father played the guitar and the mother sang in a choir. He grew up listening to rumba, gospel music and other assorted types of music. Bensoul first started learning the guitar when he was in Class Six

After his high school education, he went to Nairobi where he met H_Art The Band and they became good friends. He later joined Sauti Academy which elevated his signing by Sol Generation. Bensoul credited his success in music career to God.

Because of his amazing songwriting and singing skills, Bensoul joined reggae act Chronnix on stage during the Kenyan leg of Chronology Tour in 2018. Chronnix deeply discovered Bensoul’s ability and termed him as the future of Kenya as far as music is concerned.

Bensoul has been in the music industry for almost six years now, though he has been a low-key artiste. When he was growing up, he tried so hard to learn to play every music instrument that he could come across. Some of the instruments that he knows how to play include: acoustic guitar, bass guitar, piano, cello, violin, double bass, drums and ukulele

“I am not about fame. At the end of the day I would like to leave a legacy and make a difference through music that people can identify with,” the singer said.

In the past eight months, Bensoul has been so active in the music industry by releasing hit after hit. His most recent song is ‘Salama’. Other songs that he has released recently include: No Kisses, Ile Kitu, Forget you and Niombee

Bensoul is secretive and therefore do not like keeping his personal matter in the public domain. Unverified sources have it that the singer is currently seeing someone. However, we could not verify and we shall update as soon as possible when we get this information.

Bensoul’s net worth is approximately more than Kshs. 18 Million as of 2020. The net worth has been rising since he ventured in to music career more than six years ago. He gets most of his revenues through brand deals, song writing, stage performances and sale of his songs.