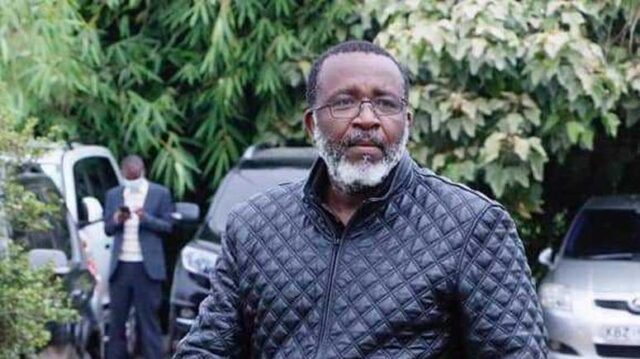 Beryl Akoth Owondo is the lady who came forth with claims that Meru senator Franklin Mithika Linturi had attempted to rape her. The case made rounds on social media with the details being claimed by either side to be two different occurrences. This article looks into Beryl’s biography highlighting her background, personal life, and the recent developments concerning the senator.

She originally hails from Kenya’s Nyanza region before she moved to Nairobi County later in her life.

Details on Beryl’s academic qualifications are unavailable to the public at the moment.

The lady is an entrepreneur although the intricacies of her ventures are unknown to the public.

She came to the limelight after she filed a case against the Meru Senator, Franklin Mithika Linthuri, over an attempted rape. The incident occurred in a resort in Nanyuki where Beryl, her husband, their friends, and the senator had made bookings for some time in enjoyment. The senator’s room and that of Beryl Owondo and her husband were adjacent to each other at the resort.

Allegedly, the senator gained access to the couple’s room and touched her in an unusual manner. She then said that since she assumed it was her husband who lay beside her, they slept off. When Akoth’s husband came back in, he was furious to find another man in his bed, and his wife was equally shocked to have been sleeping with someone other than her husband. Here is a statement from the DCI boss George Kinoti: 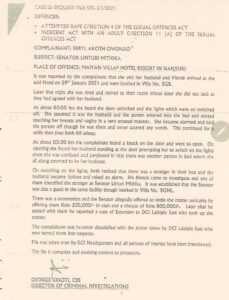 She claimed that upon identification, the stranger in their villa was Meru senator Franklin Lithuri. The senator however had a different story to tell, saying that he was attacked by unknown men who stripped him, threatened to publish his nude photos, if he did not give them Ksh 1,000,000. Beryl Owondo still holds that the money was offered as a means to escape the risen allegations.