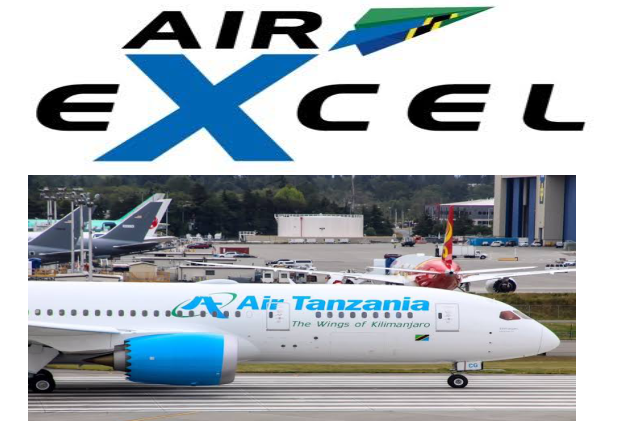 Tanzania is amongst the best countries known globally in regards to the provision of top-notch airline airline services. The country has a wide range of such services which include but not limited to the following; Air Excel, Air Tanzania, Air Zara International, As Salaam Air, Auric Air, Coastal Aviation, Fastjet Tanzania. The above listed flight services are unique and offer a wide-range of services as follows;

This is an airline situated in Arusha, Tanzania offering both schedule and air charter services. The schedule flights are designated to the following destinations; Hub, Future and Terminated route. The Air Excel fleet consist of two main aircrafts; Cessna 208B and Let L-410 Turbolet.

The airline is based in Zanzibar, Tanzania. It offers both private charters and schedule operations in Tanzania. It is the leading airline flying company flying between two spice Islands Pemba and Unguja. The flights operate to the following destinations within Tanzania; Arusha, Dar es Salaam, Pemba and Zanzibar. Book a flight now.

It is a small privately-owned airline in Tanzania operating from Julius Nyerere International Airport, Arusha airport and Mwanza Airport. It also offers schedule flight services to the following destinations; Hub, Future and on inducement basis. It comprises seventeen aircraft as at August 2019; Cessna 208B, which are five; and Cessna 208-EX which are twelve.

The flight is a charter airline that operates in East African flying Safaris out of Dar es Salaam, Tanzania since 1987. The company offers both schedule and charter services. There are both domestic and International schedules destinations which operate as follows; the domestic services operate in;

The International destinations are mainly in Kigali, Rwanda and Nairobi, Kenya.

The Fastjet Airlines Limited is a low -cost airline that was founded in 2011 as Fly540 Tanzania. The company is known to offer schedule and cargo services. There are three main destinations which include Base, Future and suspended route.

The company also has five fleets that enables its smooth operations; ATR 72-600, which are three and Embracer 190 which are two.

Cities with cheap Housing, Meals and Accommodation in Tanzania

Top 10 Best Hotels in Moshi to Consider visiting this Holiday