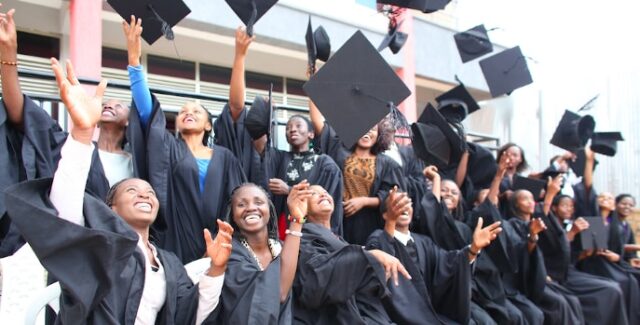 In the contemporary world, the gender wage gap is still a very sensitive issue especially because men are paid more than women in most work environments. Although this phenomena is changing by the day thanks to activism and the increasing conversations on equality, there are some course that have seen female domination and in this article we’ll explore those fields.

Since time immemorial, the nursing and maternal care fields has seen more women than men joining the fields. One of the primary reasons for this is because of the levels of empathy and understanding that women have for bringing life into the world and the aftercare involved.

For this reason, more women have gone into this field and gotten paid more for their experience and natural instincts in such matters. This has even led to the emergence of courses like midwifery that focus on maternal care.

The human resource management field has seen an influx of women signing up to do courses in the field. This has automatically led to a lot of women in this job market with stellar qualifications. The assumptive explanation for this occurrence is because women are better communicators and better listeners than their male counterparts. Dealing with vast amounts of human beings in a day can be draining but because of this natural inclination, women have scooped those positions and are currently getting paid more.

This field is a multidisciplinary one in terms of policies that are applied across different jurisdictions. While there are notes of political science and law involved, a lot of this course involves using all this knowledge in the most diplomatic manner for negotiations.

READ: A list of Most Powerful and Richest Women in Africa 2021

For almost the same reasons, that the empathy levels in women are higher, most women have scooped top positions and gotten paid highly. Negotiation skills are hinged on using logic and applying tactical empathy to solve sensitive matters, it goes without saying that women would get paid highly for their skills in this.

From the dawn of time, though this notion is being done away with, it has been the assumption that the woman’s place is the kitchen. Most roles in different cultures saw women assume more kitchen roles and this led to them advancing their skills in cooking and presentation.

For most women, it comes almost naturally to be outstanding in culinary arts. This has seen most ladies taking up space in this field and consequently getting highly paid for it. Although, male chefs are also coming up and they’re good at it, the influx of women in the field has seen then scoop most highly paid positions

In a world where most women did not receive any education due to a myriad of reasons, it’s almost a paradox that the education sector has seen more female educators taking up the space. Not only does this field befit ladies because of the higher levels of patience that they exude, especially with children, but also because of the natural instincts to nurture those around them.

Thus, most ladies have taken up positions from elementary levels to tertiary institutions like universities and gotten paid highly for it, higher than their male counterparts. This not only applies in academia but also in co-curricular activities such as physical health.