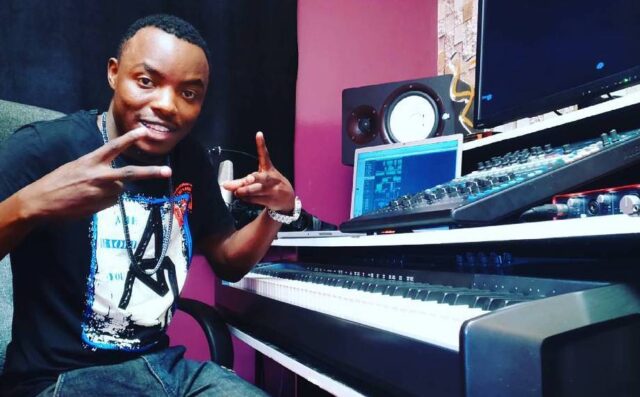 It goes without saying that Kenyan music is among the best in Africa. Artists such as Sauti Sol, Nyashinski, Otile Brown, and Bahati has managed to produce several hit songs that have surpassed millions of views on youtube. What are the musical geniuses behind these famous songs? Below is a list of the best music producers in Kenya.

Magix Enga is one of the youngest Kenyan producers born and bred in Kenya. You have probably heard the words ‘Magix Enga on the beat’ in a song. He is among the top producers in East Africa. He has worked with artists such as Otile Brown, Timmy Tdat, and Alvindo, just to mention a few.

Aside from being a music producer, Eric Musyoka is also a sound producer and owner of Decimal Records Studio. He has worked with artists such as Wyre, Juliani, Daddy Owen, Kleptomaniacs, Elani, Sauti Sol, and Nonini among others.

He is also famous for producing local shows such as ‘Nairobi Half Life’ and other numerous commercials.

Cedo has worked with artists such as Avril, Sauti Sol, and Nyashinski for years. He is the brains behind songs like Aminia, Mungu Pekee, and Malaika by Nyashinski. In addition, the producer is a talented piano player and family man.

Teddy B is a famous gospel music producer. He worked with Size 8 and Willy Paul to produce ‘Tam Tam, which was a major hit song in Kenya for a long time.

Mavo is an award-winning Kenyan music producer. He owns Marvine Music Studio, and has worked with artists such as Kansoul, Vivian, Mbogi Genje, Sailors, Jua Cali, and Maddox among others.

Kagwe Mungai is a Kenyan artist and Music producer at Tauus Musik production. He produced ‘Nishike’ by Sauti Sol. In addition, he produces some of his songs, including ‘Baas Baas’ and ‘Till the End’.

Richy Bitz is the brains behind most of King Kaka’s hits. He has also produced songs such as ‘Juu Yako’ by Ray featuring Kristine Kash.

Philip Makanda is a talented Kenyan producer who is behind most of Jaguar’s hits. Also, he has worked with artists such as Elani, Vivian, and Zikki among others.

Robert Kimanzi is one of the most experienced Kenyan music producers. He is famous across entire East Africa and has managed to win multiple awards. He has worked with artists such as Bobby Wine, Jimmy Gait, Kidum, Dela, Oliver Mtikudzi, Mercy Masika, and Lady Jaydee among others.

Patrick Mbaru, known to many as Saint P is among the best Kenyan producers. He has worked with artists such as Bahati, Kambua, Eko Dydda, Jimmy Gait, and Rufftone. He rose to fame after producing ‘Sari sari’ by DK Kwenye Beat featuring Antoneosoul.

You have probably seen the name Jacky B in a music video. Jacob Otieno, famous as Jacky B is a famous Kenyan music producer. He has worked with many gospel artists, including Size 8, Daddy Owen, and Eko Dydda.

Apart from producing music, Ulopa can also rap, and play the bass guitar, keyboard, percussion, and drums. He also played in a band, ‘Zananiki band’ where he gained some music experience. However, he still pursued his interest in the technical part of music and studied Mass Communication at Andrew Crawford Productions along State House Road.

Famous as Ilogos, Irakoze Teknologos moved to Kenya in 2016 from Burundi to supervise some of his dad’s projects. In addition, he was also planning to meet an artist to work with on producing songs. However, the producer ended up staying in the country.

He has since worked with artists such as Dela, Hart the Band, and Masauti.

Morris Kobia, popular as Motif Di Don is among the best Kenyan producers. He is known for working with artists such as Kaligraph Jones, Tanasha Dona, and Ethic. The producer is also one of the pioneers behind the introduction of trap music in Kenya.