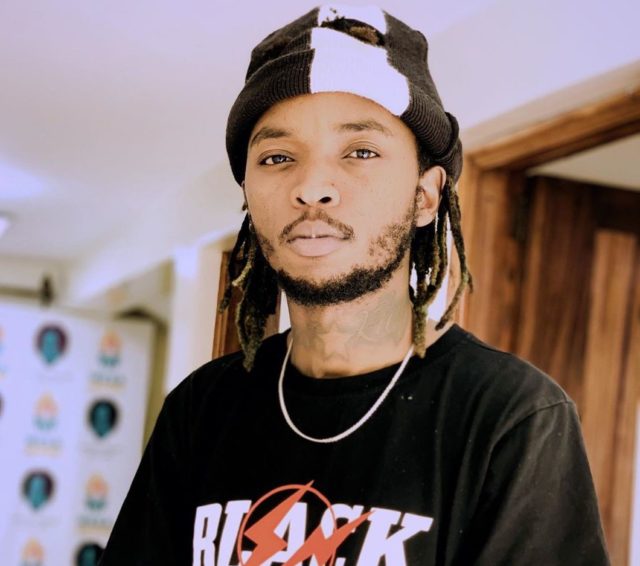 Magix Enga alias Beat King is a multi-talented Kenyan musician, videographer and music producer. Despite being in the music scene for a hot minute, most people learn about him in 2020 after there was a feud about him and American musician 6ix9ine concerning the latter’s song dubbed Gooba. The song was pulled down from YouTube due to copyright infringement when it has 200 million views but soon afterwards, it went up again.

A while back, he was willing to give someone on twitter Kshs. 15, 000 if only they got his age right. All we know is that he is one of the youngest Kenyan producers born and bred in the country.

The producer went to Tapev Music School where he got to study professional music production. This is the place where he got to learn about digital music software and how to play music instruments such as the guitar and piano.

Enga always knew that he wanted to do what he does right now. Growing up, he would always be obsessed with trying to manually create beats for songs. After completing his studies, he knew that it was time for him to turn his passion into career. He started off as a gospel artiste but changed his path to secular.  After working with many big artistes, it is clear that the hunk is one of Kenya’s youngest producers and artistes.

About two weeks ago, Magix Enga was the talk of town after he caused 6ix9ine’s first post-prison hit song dubbed Gooba to be deleted from YouTube due to copyright infringement. At the time the music video was being scrapped, it had surpassed the 200 million views mark on the veteran social media platform.

This was by far the biggest song delete by the dread-locked Kenyan hunk. He then took to his social media account and warned creative artists against sampling his beats.

Immediately after Tanasha broke up with his Tanzanian father Abraham musician baby daddy, he flew back to the country and hopped on studio for a collabo with the Kenyan producer. The song is a remix called Jojo and the audio was already released. It is part of Enga’s 2020’s album known as Velocity.

Some of his songs include Yoyo, Jeje, Foursome, Mambichwa, Hustle, Down low and Refocus. Watch out for his velocity album that is set to be released any time from now.

He released a gengetone song featuring Boondocks Gang. The song was shot, edited and produced by him. The song, which got released in the year 2019, is from his album that goes by the same name Mambichwa.

The young producer has been teasing us on his new album that is set to drop anytime in 2020. The album dubbed Velocity currently has 7 songs on the list with more set to be added. Some of the songs include Bami featuring Khaligraph Jones, Jojo featuring Tanasha Donna, Kale featuring Otile, Bus featuring Redsan, Fake featuring Shappaman, Call and Banana featuring Arrow Boy and Odi wa Murang’a. The album was previously meant to be dropped on 22nd May 2020 but something came up. Watch out for this banger.

Enga has worked as a music producer for over 10 years now. Some of the artists and groups he has worked with include Masauti, Clef and Bandanah, Tanasha Donna, Prezzo, Kaligraph, Gilad, King Kaka, Noti Flow, Timmy Tdat, Naiboi and Otile Brown.

It is clear that the Kenyan hunk has taste when it comes to his women. Despite having an adorable love life away from the public light, the locked artiste is not afraid of letting people know that he has a beautiful woman by his side. His girlfriend goes by the name Rahma Dhasoi and the two have been together for a while now.

Enga’s better half shocked many after she tattooed Magix Enga’s name on her left arm plus a heartbeat and a love heart sign. Enga shared the photo and a video of the same on his Instagram account.

Luckily, a cop from Joggo House rushed to his rescue. Apparently, those he was involved in the accident with assumed he was dead and stole things from his car before dashing. He had chest pains and a headache but all in all, he was glad that God gave him a second chance in life.

Magix has two sports cars; a matte black Mazda MX-5 and an orange one. However, in January 2020, the matte black one was severely wrecked after it was involved in a deadly accident along Thika Superhighway. Enga was driving while the accident happened but he managed to escape death by a whisker. After the accident, he announced that he was putting his orange sports car up for sale since he was not ready to lose another one of his new babies.

In 2018, Enga was on Tanzanian artist Harmonize’s neck for copyright infringement over the artiste’s hit song known as Uno. He asked the Tanzanian artiste to delete the song from YouTube or else he will have to do it himself. According to Enga, Harmonize copied the beats from Dundaing, which was produced by the one and only Kenyan dread headed producer.

Enga said that he was not willing to be compensated in form of cash since the Tanzanian artiste cannot even afford to fuel one of his cars. A while ago, Enga was also accused of stealing the same beats from Olamide. His threats definitely fell on deaf ears since the Uno song is still up and running on YouTube. We later came to know that the Tanzanian artiste was forgiven by Enga.

Enga is one of the most aligned Kenyan producers, videographers and artistes in Kenya. He goes where the money and talent is and that has by far enabled him to break even. The producer currently has his own recording studio where he is able to record and work with other artistes. Magix Empire Studios, which cost Kshs. 5 million, has been home to a number of talented artists from Kenya and beyond. His current net worth is estimated to be about $1 million.