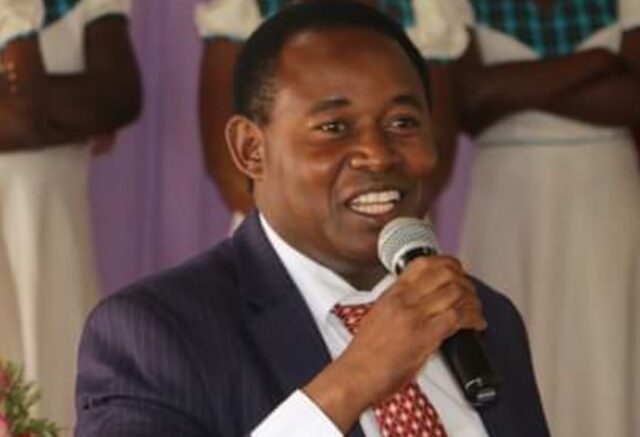 Machakos County senator, Hon.  Boniface Kabaka Mutinda is feared dead following a battle with a critical condition in Nairobi Hospital. The senator is reported to have passed away on Friday 11th December, 2020. The late senator leaves behind two wives and children. His death has been surrounded by several questions regarding the chain of events leading to his admission to Nairobi Hospital’s Intensive Care Unit.

The late Mutinda hailed from Musinga constituency in Machakos County.

He was an alumnus of the University of Nairobi, from where he bagged several degrees. He graduated with hsi first degree in 1990 from the Faculty of Law then advanced for a Diploma from the Kenya School of Law. He did not end his pursuit of knowledge at KSL, but rather enrolled for more programs. The late politician has three Graduate Degrees in Business Administration, Arts in Diplomacy and Law. His most recent academic qualification was his post-graduate Degree – Doctor of Philosophy, Finance Law which he attained from UoN.

The late senator’s career began in 1993 at the Kenya Railways Training Institute working as a legal officer. He then brought together some peers and formed a private firm titled Kabaka and Associates Advocates. The firm was registered as a partnership with all partners equally sharing profits and losses. With a rich Law background and experience in the field, the late Senator Mutinda worked as a part-time consulting editor for Lawyer Kenya Magazine. He then proceeded to teach at the Catholic University of East Africa in 2010 on a part-time basis which he did until the time of his death. He joined public service in 2017 when he was elected senator for Machakos County.

The late senator leaves behind his wives, Mueni Jennifer Kabaka and Katanu Vascoline Kabaka. His family broke the news to the public confirming that he had passed away while receiving treatment at the Nairobi Hospital. His death came after a DCI-probed incident in Kilimani. He was reported to have been in the company of a teacher from Wote identified as Muli Esther Nthenya. The middle-aged lady made a phone call from the apartment the two stayed in asking for medical support after the late senator complained about sharp headaches and later on fell unconscious.

Investigations have revealed that his death was not as a result of food or drink poisoning as had been earlier suspected. Miss Nthenya was released from Kilimani Police Station after it was clearly established that she was not responsible for the incident. Moreover, several political leaders have expressed their support for Miss Nthenya who had been portrayed as the villain. Governor Kivutha Kibwana and Makueni MP Daniel Maanzo have gone to social media describing her as a lady of impeccable character who would not harm anyone.

Senator Boniface Net worth and Assets

The late senator earned his publicly-known income from his capacity in the county government of Machakos, teaching contract at the Catholic University of East Africa and his private practice as a legal practitioner.